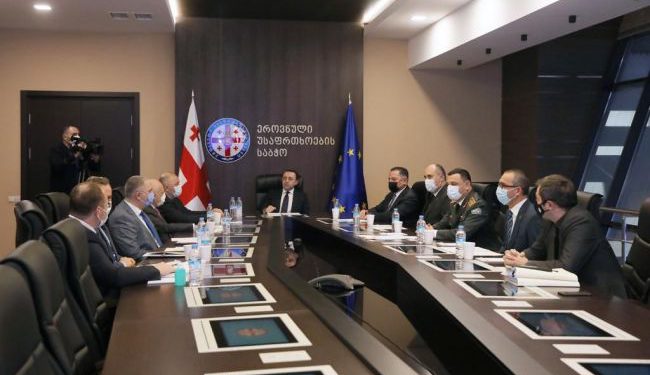 The meeting’s participants also considered the process of reforming the protection of critical infrastructure and cybersecurity.

“The final version of the National Security Concept, as a fundamental document, is expected to be referred for approval to the Parliament in February of 2022. In addition, in the first quarter of 2022, the Georgian government will update the Risk Assessment Document. It is also planned to approve the National Defense Strategy and to refer the Bill on the Protection of Critical Infrastructure to the Parliament. Said directions are important in that they represent priority action directions of the Council’s Office. Reforming the protection of critical infrastructure is one of the top priorities for the state in general and for national security,” Acting Head of the Office of the National Security Council Sergo Turmanidze said.