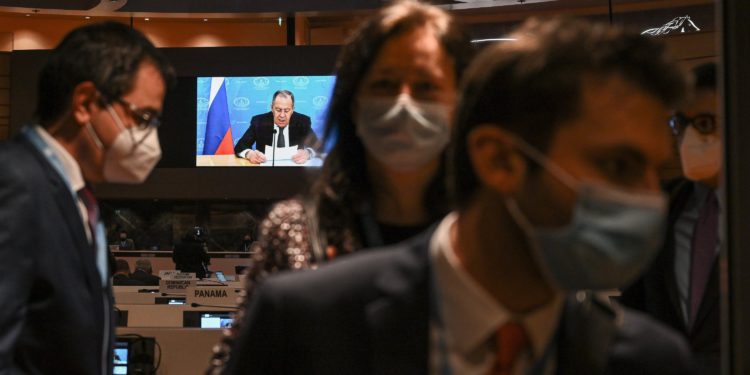 Russian Foreign Minister Sergey Lavrov delivered a speech at the UN conference to an empty hall.

During his speech, the diplomats left the hall in protest.

The diplomats stood up and left the room when Lavrov’s prerecorded video message began to play, as a mark of protest against Moscow’s invasion of Ukraine, according to an Agence France-Presse (AFP) journalist in the room.

Ukrainian Ambassador Yevheniia Filipenko was among the numerous diplomats who stepped out as the video began playing, leaving the room almost empty.

In his speech, Lavrov blamed Kyiv for the crisis, warning it was trying to assemble nuclear weapons.