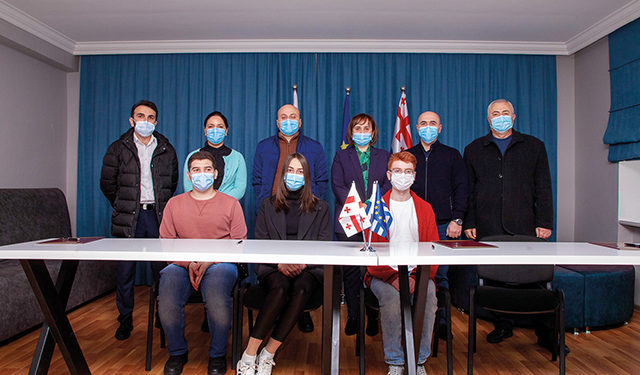 Traditional heating systems have already led to the degradation of forests, and if we do not counter this process with modern technology, there will be dire consequences.

A Memorandum of Understanding (MoU) was signed between the Ministry of Education, Culture and Sport of the Ajara Autonomous Republic, CENN, Institute of Democracy, and Keda LAG on the introduction of energy-efficient practices in Keda schools. All signees seek to strengthen cooperation to support rural development according to best international and European practices, sustainable inclusive economic growth, improvement of the natural environment and social conditions in rural areas, as well as the well-being of the local rural population. They do so by considering local, regional and national interests and acting accordingly, first by getting schools heated with central systems rather than wood stoves, and by teaching the children and wider communities why embracing such technology is of benefit to the environment.

The project was initiated within the frameworks of the Keda LEADER and Sustainable Forest Management for Rural Development projects.

To find out more about the joint initiative, GEORGIA TODAY spoke to CENN’s Nino Gaprindashvili. 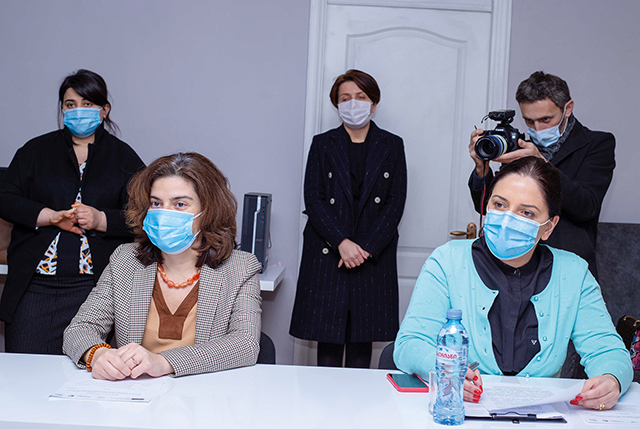 How would you assess the MoU?
It is important to introduce such cooperation between different parties in order to promote the sustainable use of natural resources in the region, to provide energy to schools, and to raise environmental awareness in school children.

The memorandum was only formalized by the close cooperation between the parties, which in recent months has ensured intensive work in all public schools in the region, the results of which are already visible. With a preliminary expert examination of every detail and redistribution of responsibilities, including financial contributions, the key to success was precisely good coordination.

What is the purpose of this memorandum?
Within the framework of this memorandum, the parties, through joint efforts, will promote:
Introduction of energy and energy efficient technologies in public schools and villages of Keda Municipality, which means improving the energy supply of schools in the following areas:
Design and upgrade of central heating systems;
Warming of schools for energy saving;
Purchase and installation of energy stoves and helio systems;
Arranging security systems stands;
Increase energy management capabilities for school administration;
Introducing non-formal education in schools in the field of energy; and,
Establishment of demonstration centers for the rural population.

Such technologies are great news for our country. Many may not even have complete information, which leads to a distrust of new technologies and hinders progress. However, this is the most important part of the aggressive environmental and economic policies of the modern world and European countries. It is the education, information and technology demonstration of an effective community that has become the basis for the implementation of energy projects in schools.

Our project includes a wide educational program, which, also in agreement with the Ministry of Education, will start this academic year and will be more intensive from September. Nor should we forget that school also functions as a community development center in a village. It is the school that gathers intellectual resources and is directly related to almost every family and their well-being. Schools best show what social or financial benefits these technologies bring, how they save money, and sometimes, conversely, how they become a source of income instead of cost. 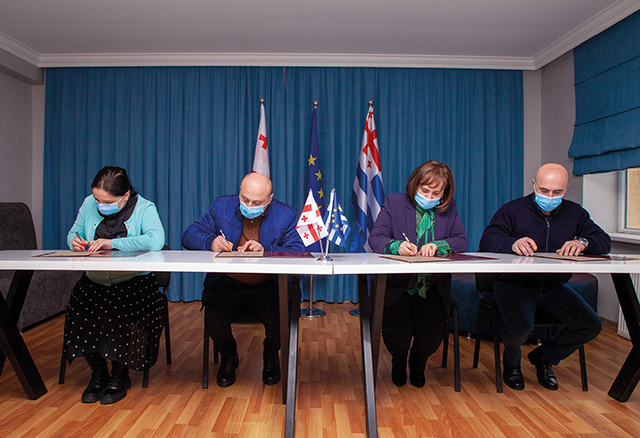 Are there any other such projects planned?
“We’re proud that all schools in Keda Municipality are equipped with a variety of heating, generation, warming, security systems, and that they set an example within the village, town and municipality, as well as for the entire region and country,” Gaprindashvili tells us. “As a rule, the replication of such projects is fast. It’s also just a matter of time, as the country has to keep up with technology in any case, and good demonstration and practical initiatives are the best way to speed up the process.

“There is little time left: no one disputes that traditional heating systems have already led to the degradation of forests, and if we do not counter this process with modern technology, there will be dire consequences, both in terms of natural resource depletion and economic depletion. .
At the present stage, together with the Ministry, a non-formal education program is being prepared, which will soon be introduced in Keda schools before being nationalized.

“Of course, CENN, as an environmental organization, actively continues to work towards sustainable energy, it is important to use renewable energy resources in the face of climate change and to introduce modern energy efficient technologies,” she concludes.

Within the frames of the MoU, CENN procured and install the equipment needed for introducing energy efficient technologies to public schools in the Keda Municipality, and will also carry out awareness-raising activities in the schools and their communities.

The Ministry of Education, Culture and Sport of the Autonomous Republic of Ajara in turn promises to mobilize the school administration, teachers and students to ensure the efficient delivery of both technology and knowledge; install solar power systems (delivered by CENN) in all schools in the municipality; organize the installation of the insulation materials (delivered by CENN); and develop and implement projects prepared within the framework of the initiative.

In parallel, the Institute of Democracy will facilitate awareness raising activities on energy efficient technologies in Keda’s public schools in cooperation with the Ministry of Education, Culture and Sport of the Autonomous Republic of Ajara. They will further share other grant project information related to the introduction and use of the new technologies in Keda’s schools.

The MoU is set to last four years.