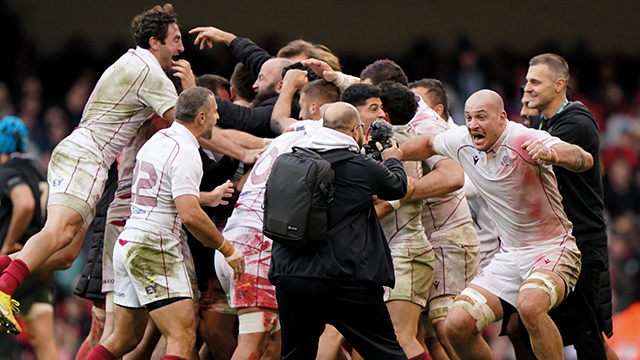 Georgia produced one of the biggest shocks in the sport’s history by overcoming Wales 13-12 at the Principality Stadium in Cardiff. Source: planetrugby.com

On my way from Cardiff to Tbilisi, having used my old habit of dropping by the airport bookstores, I bought a fresh-off-the-press book, titled “HISTORIES OF NATIONS AND HOW THEIR IDENTITIES WERE FORGED”, the main reason for the purchase was my curiosity as to whether our Saqartvelo would be mentioned inside, and it was not!

It is very difficult to put on the map a small nation like ours, but this is exactly the service the match between the Georgian and Welsh rugby teams did to our country last week. Both sides were exceptional, and I am proud of both, although I almost died of joy when I saw the cherished numbers on the scoreboard: 13 to 12 in Georgia’s favor. Sitting on one of the most prestigious chairs, next to all the present dignitaries, at the Principality Stadium in Cardiff, I was shouting my overemotional cheers to Georgia’s triumph at the highest pitch my vocal cords could afford.

Let me quote here one cute little excerpt from the conversation between Gerald Davies, the President of the Wales Rugby Union, and Sophie Katsarava, Georgia’s Ambassador in London:

This humorous exchange of words between a Welshman and a Georgian lady were so well-meant and full of love and friendly overtones that they could have had the power to save our planet from any possible man-made disaster.

The game was full of interesting play and surprises, the last saving the day for all Georgia. The supportive enthusiasm was as outstanding at the Cardiff stadium as it was in front of TV sets back in Georgia. The echo of Georgia’s victory reverberated in stentorian tones over the continent all the way from one capital to another. The émigré Georgian men and women from all over Great Britain were at the Principality Stadium, wrapped in Georgia’s national flags, very enthusiastically but also very elegantly rooting for the country of their origin.

The entire nation was poised in proud ethnic synergy and genuine national dedication to one great goal – ‘Georgia on my mind’. This was the moment when the feelings and doings of our notoriously opposed political rivals made zero sense, having been overwhelmed so completely that there was no room left in between them for their habitual vitriolic invectives and baleful verbal skirmishes. They only knew that Georgia had done it, and that was the only meaningful thing at the time of the glorious all-national celebration. What an amazing breakthrough!

Just as amazing was the benevolence of the other side in Cardiff at the concluding get-together, where the WRU President Gerald Davies and GRU President Soso Tkemaladze reciprocated speeches to greet the teams and the public, both sides celebrating with noticeable equanimity and gentlemanly congeniality. And still, Tkemaladze could not but commendably reveal his obvious delight and shining happiness, which was totally contagious and consummate. The entire picture was historically appreciable, as if something huge had changed in Georgia’s international image and behavior. The impression was that we will never ever be the same again, and that thanks to this one rugby match which was more, much more, than any other victory of Georgia in big sports.

Georgian Rugby, the truly distinguished and dignified great grandchild of our weathered Lelo, is strongly and determinedly making its thorny but glorious way to where the rugby biggies reside – the famous Tier-1. Who would have believed a success of that magnitude, say, 30 years ago? But it has happened, the success is here, present and fulltime in all its astounding size, as astonishing and unpredictable as it has turned out to be, and all that thanks to our unbelievably powerful athletes, full of stamina and zeal to get the job done. Nobody can make this country look more attractive and deserving of the world’s attention than those strong and handsome boys who have done more than they did at the Principality Stadium in Cardiff, Wales, on November 19, 2022 – one of the brightest and hottest days in the history of Georgian sports. 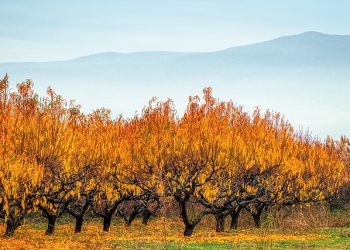