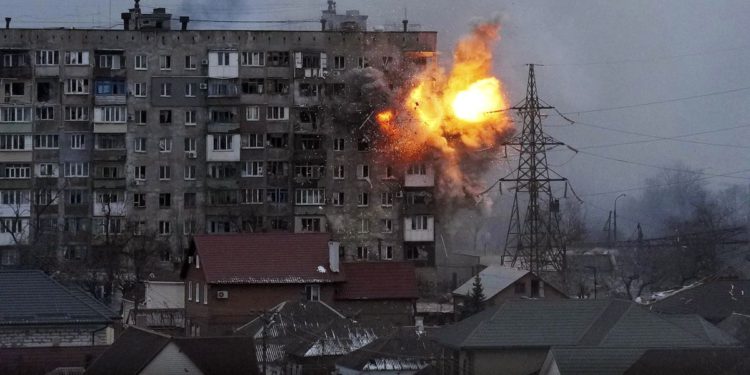 The Ministry of Defense of Ukraine said that Russians systematically bomb military and civilian infrastructure in Kharkov, Donetsk and Zaporozhye Regions.

“The Russian enemy continues to form an aviation group on the eastern border of our state. In Ukraine, there is a constant threat of the use of rocket weapons by the Russian enemy. The Russian occupiers have been carrying out systematic rocket attacks on military and civilian infrastructure in the Kharkiv, Donetsk and Zaporozhye regions. The enemy did not take active action in the Volyn and Poleskoe districts. Russia continues to partially blockade the city of Kharkov and bomb the city with artillery, regrouping units and replenishing supplies. In the direction of Donetsk and Tavriya, the enemy fought in the Slavyansk, Popasna and Kurakhovo districts and invaded the city of Mariupol. It was not a successful attack and the fight continues. In the temporarily occupied territories of Donetsk and Luhansk oblasts, coercive mobilization measures continue. In addition, the Russian command decided to mobilize 60-70 thousand people in the territory of the Donetsk People’s Republic, but this was done by only 20%,” said the Ministry of Defense of Ukraine.