Ministers of Economy & Agriculture Step Down 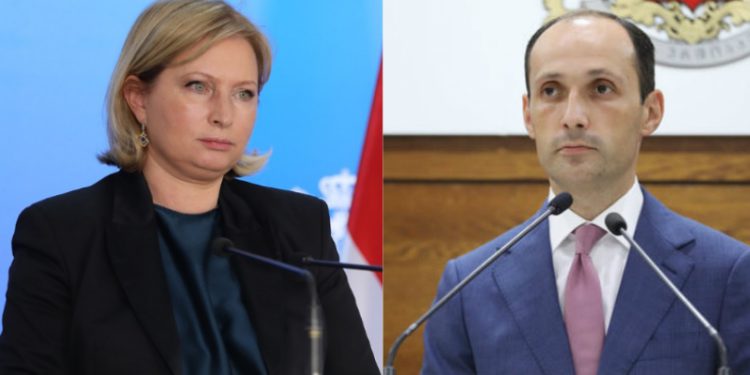 There are changes in the Cabinet of Ministers. Minister of Economy and Sustainable Development, Natia Turnava, is resigning, and will be replaced by the Minister of Agriculture Levan Davitashvili.

Otar Shamugia has been appointed Minister of Environment and Agriculture in Davitashvili’s place. He was nominated for the post of Minister by the Prime Minister of Georgia Irakli Garibashvili.

Until now, Shamugia held the post of Levan Davitashvili’s deputy.

Prime Minister Irakli Garibashvili spoke about the changes in the Cabinet of Ministers at a briefing held at the Government Administration.