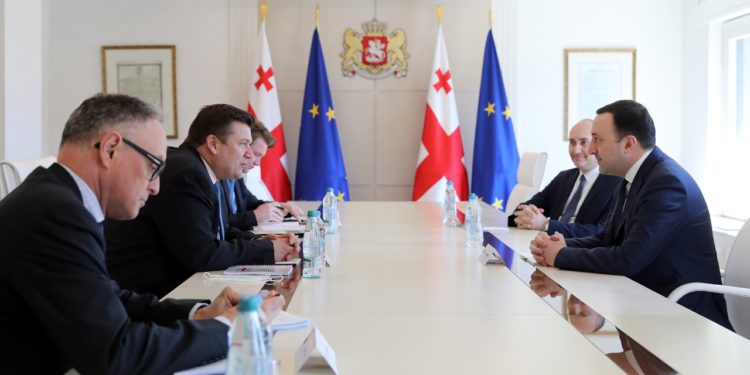 The PM noted that reforms in the field of defense are actively ongoing so as to make sure that capabilities are further developed. The significance of security in the Black Sea region was also discussed at the meeting within the context of ensuring common Euro-Atlantic security.

The current warfare in Ukraine and security challenges witnessed in the region of Eastern Europe were noted. The need to deploy the maximum effort of the international community in ending the war as soon as possible was recognized.

The meeting also saw present H.E. Mark Clayton, Ambassador Extraordinary and Plenipotentiary of the UK to Georgia and Juansher Burchuladze, Minister of Defense of Georgia.