Minister of Health: We have Selected State-Owned Lands for IDPs in Different Cities 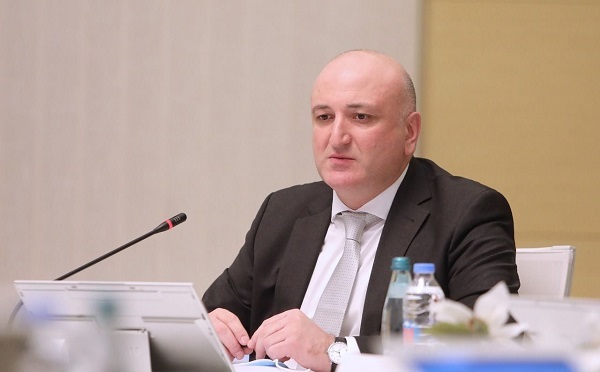 “For the IDPs in the most critical situation we have already selected state-owned lands in Tbilisi, Rustavi, Kutaisi and other towns, and the process of transferring these lands to the municipalities and the Property Management Agency is underway. At the same time, we have started negotiations with various construction companies to start construction on these lands,” stated the Minister of Refugees, Labor, Health and Social Affairs, Zurab Azarashvili.

Healso focused on the issues of the IDPs living in “Kartli” sanatorium, and noted that the Ministry is actively negotiating with constructors for their resettlement.

“Because there is such a critical situation regarding hotel Kartli, we have found new constructions, where there are about 200 apartments, and we are negotiating. This year we will satisfy the population with these apartments. I confirm that the IDP Agency has found decent living conditions, various apartments for those IDPs living in critical conditions to rent, until construction is completed. We are working in all directions, we are using all possible resources and in the near future we will have concrete tangible results,” Azarashvili said.

On January 16, 52-year-old Zurab Chichoshvili, an Internally Displaced Person from Abkhazia living in the building of old sanatorium Kartli in Zgvisubani settlement, Tbilisi, committed suicide, jumping out of the building in protest at being forced to live in such conditions. The Ministry of IDPs, Labor, Health, and Social Affairs says the IDPs living in the former sanatorium will receive new living spaces in 2022.