Minister of Culture: We will Establish New literary Award 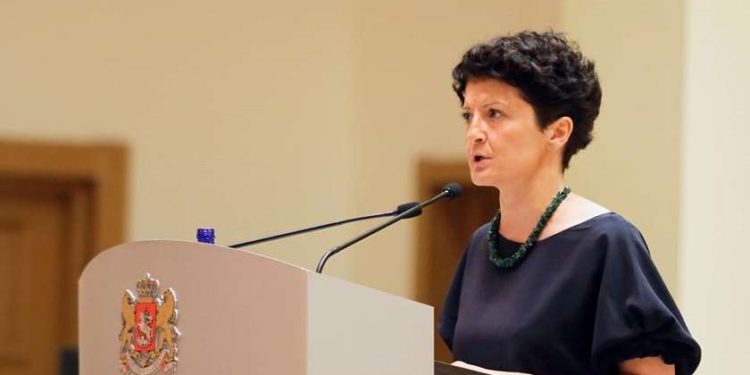 The Minister of Culture of Georgia, Tea Tsulukiani, spoke about the “Litera” award during her speech in the Parliament and noted that the state will not hold this award anymore.

Tsulukiani noted she intended to file a lawsuit, but failed to do so, as it turned out that when the competition and the Litera Prize were established, no legislative act had been issued at the state level to prove that it was indeed a state competition and a prize.

Tsulukiani emphasized she does not interfere in the discussion between the writers, but called on all writers and poets to cooperate with the ministry.

“The ministry is your partner, the ministry is a tool for you to have more support. I myself am not going to write novels and poems. Consequently, there is no danger or desire for me to evaluate anyone. It is not my function. I think we will have Next year, at least five different literary competitions, including the one I have already listed, and which we are already discussing with relevant professionals, will be dedicated specifically to women writers, as is the case in many Western countries,” the minister said.

The annual literary contest ‘Litera,’ organized by the Writers’ House, faced a big challenge this year after the Minister of Culture Tea Tsulukiani nominated her representative, an advisor to the Minister, Ioseb Chumburidze, to the jury of the competition.

Following this move, on July 29, the authors began to withdraw their works from the competition as a form of protest due to the intervention of the Ministry in the literary activities.