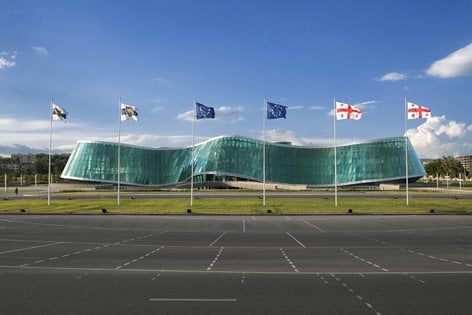 “The Ministry of Internal Affairs of Georgia would like to inform the public of the safety measures planned by the agency in connection with the [Pride] events announced within the frames of Tbilisi Pride week,” reports the MIA.

The Ministry claims that in order to hold closed events in a safe environment, planned within the frames of the Tbilisi Pride week, representatives of the Ministry of Internal Affairs of Georgia are in constant communication with the event organizers.

“The Ministry of Internal Affairs of Georgia will take all appropriate measures to ensure that closed format events planned by Tbilisi Pride are held in a safe environment, maintain the rule of law, and protect the freedom of expression and assembly of each person during the week, that will not exceed the limits guaranteed by law.

“Herewith, it should be noted that according to some media sources, certain groups plan to disrupt the closed events planned for the Pride Week.

“The Ministry of Internal Affairs of Georgia condemns violence of any kind and calls on the groups opposing Pride Week to adhere to the law, follow the rightful demands of the police, and not to exceed the limits of the right to assembly and manifestation permitted by law. Otherwise, the police will act in accordance with its mandate, each case of violation will be immediately prevented, and followed by a strict legal response,” reads the statement.