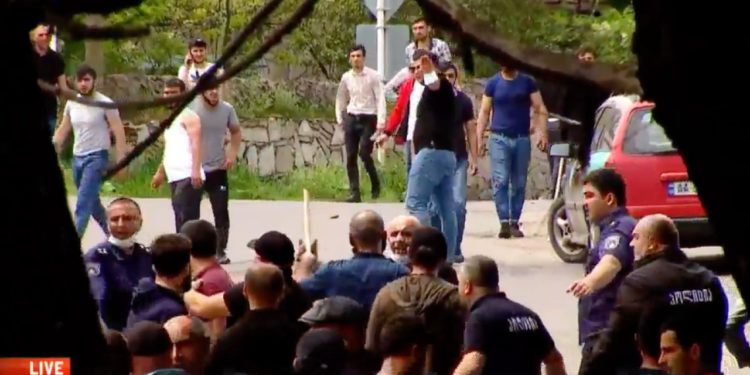 The Ministry of Internal Affairs has issued a statement on the ongoing confrontation in Dmanisi, a town and archaeological site in the Kvemo Kartli region of Georgia, calling on citizens to remain calm so that the conflict does not escalate into an ethnic confrontation.

For the second day in a row, citizens in Dmanisi are physically confronting each other.

A statement from the Ministry of Internal Affairs said that on May 16, locals confronted each other, which later escalated into group violence.

“The police have identified the persons involved in the confrontation, and all necessary investigative and procedural actions are being carried out within the framework of the investigation.

“In order to prevent a recurrence of the confrontation in Dmanisi and to prevent an artificial escalation of events, the employees of the Ministry of Internal Affairs are mobilized and maintain public order.

“The Interior Ministry reiterates its call on the opposing parties to abide by the lawful demands of the police and to remain calm so as not to escalate the ongoing conflict into an artificial ethnic confrontation,” the statement said.

Footage released on social media on May 16 shows two groups of ethnic Georgian (eco-migrants from the Svaneti region) and Azerbaijani youth confronting each other in Dmanisi. the footage shows young people hitting each other with sticks.