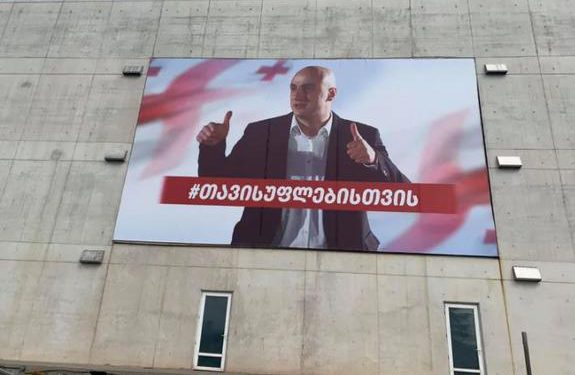 The officers of the Isani-Samgori police division of Tbilisi Police Department under the Ministry of Internal Affairs detained D.K. (DoB1991) in Kakheti region as a result of operative and investigative activities for illegal purchase-keeping-carrying of firearms and damaging other’s property.

The committed crime envisages from 4 to 7 years of imprisonment.

The investigation established that on March 17 of the current year, D.K. made a shot with a pneumatic weapon from the car to the direction of the banner placed on the facade of the United National Movement headquarters located on Kakheti highway and fled from the crime scene.

Law enforcers took D.K. under arrest several hours after the incident, as a result of immediate police activities.

As a result of the search activities held in the detainee’s apartment, police seized a weapon of crime – a pneumatic pistol, firearm cartridges and “marijuana” as evidence.

The detainee has already pleaded guilty.

The investigation is in progress on the fact of illegal purchase-keeping-carrying of firearms and damaging other’s property, crimes envisaged under articles 236 and 187 of the Criminal Code of Georgia.