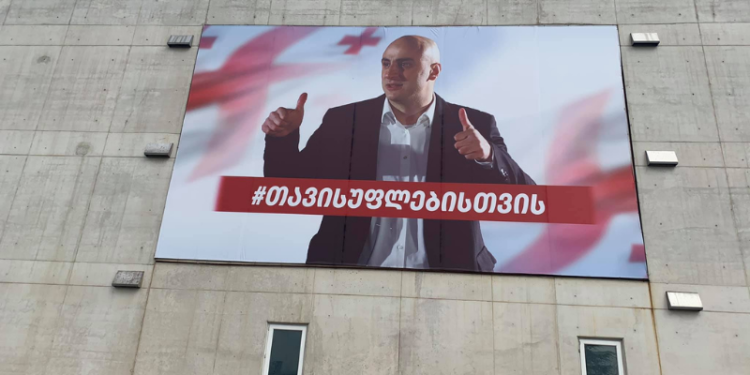 The opposition United National Movement party says their central office located on the Kakheti Highway in Tbilisi had shots fired at it.

The party representatives note that the shot was fired at the UNM Leader Nika Melia’s billboard, which is placed on the party office building.

“An eyewitness, our employee, who was outside at that moment, saw how someone from a white Toyota Camry vehicle shot at Nika Melia’s billboard, which now has 5 holes,” they claim.

The Ministry of Internal Affairs is clarifying the details at this time.

For the record, on February 23, 2021, special forces and police stormed the UNM office and arrested Melia, who is currently serving a sentence for not paying bail in Rustavi Prison.