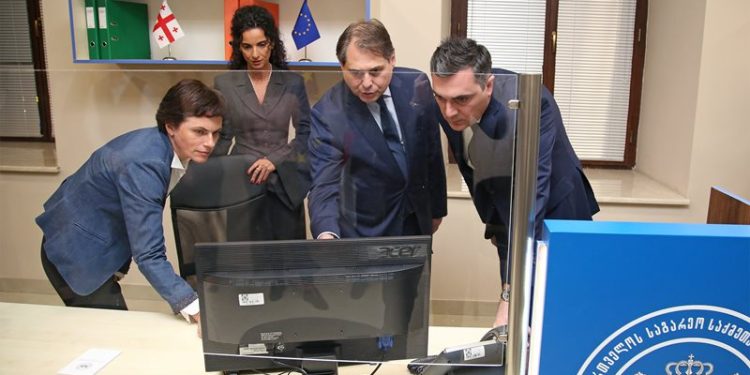 The consular and citizen service center was launched at the new building of the Ministry of Foreign Affairs, at 3, Leonidze, Tbilisi, which is adapted to modern requirements and offers various consular services to Georgian and foreign citizens.

The Minister of Foreign Affairs, Ilia Darchiashvili, opened the Citizen Service Center. According to him, citizens concerned will receive high-quality services within a space on a par to modern standards.

The Foreign Minister thanked the international partners and donors who have supported the Ministry of Foreign Affairs over the years both in terms of consular services and at the institutional level.

As of today, Georgia has 74 consular offices around the world, of which 60 are consular centers, 12 -are consulates general, 1 – interest section.

It should be noted that in terms of the improvement of consular services, various innovations will be launched, including the updating of the electronic portal: www.geoconsul.gov.ge, in order to improve and simplify the provision of consular services to citizens this year.