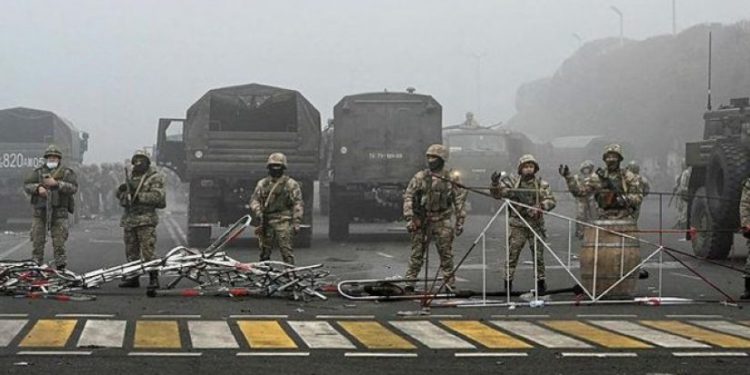 Four members of the ensemble “Ilori”, who are in Kazakhstan, as well as three Georgian citizens stuck at Aktau airport and another person, who have been transferred to the city of Atyrau, have already applied for assistance to the Georgian consulate.

According to the statement of the MFA, at the moment the consulate is in contact with all Georgian citizens in Kazakhstan.

However, due to internet and telephone interruptions in Kazakhstan, if citizens are unable to connect to the hotline, they can send messages to the following e-mail address: astana.emb@mfa.gov.ge

Negotiations are currently underway with the relevant airline to return Georgian citizens to their homeland in the near future.

Amid the ongoing mass unrest in Kazakhstan, the Kazakh authorities have declared a state of emergency throughout the country.

Special operation is currently underway in the country. Russia sent paratroopers into Kazakhstan on Thursday to quell a countrywide uprising after deadly violence spread across the tightly controlled former Soviet state.

Police said they had killed dozens of rioters in the main city Almaty. State television said 13 members of the security forces had died, including two who had been decapitated, Reuters reported.