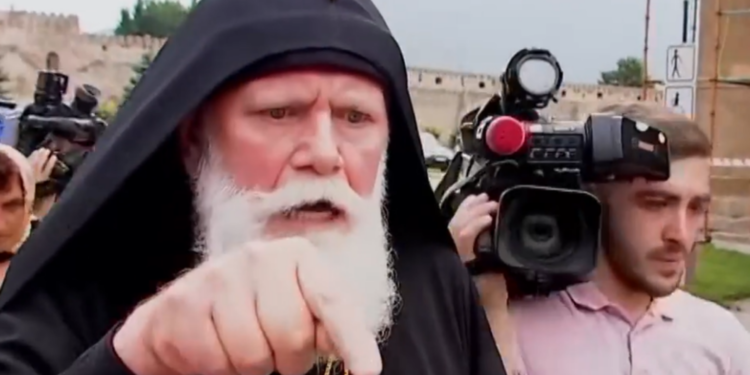 The head of the Vani-Baghdadi Diocese, Metropolitan Anthony (Bulukhia), said that the journalists deserved to be beaten. He made the relevant statement when commenting on the violent events of July 5 and the death of TV Pirveli cameraman Lekso Lashkarava.

He verbally confronted the media representatives and blamed the journalists for the death of Lekso.

“You encourage debauchery, you abusers, you’re propagating – you are responsible for this death,” he told them.

“I just said that only one person died and how do you react?! Perhaps it would be good if I said, “may he rest in peace.” Do not make bad comments about what could have followed the clashes. If there had been a clash added to the tragedy, if special equipment had been used, which was demanded by the ambassador, who now gives us instructions… They are abusers themselves!

“Here the crowd, brainwashed with drugs, calls us abusers. Look at what you write and do regarding the Patriarchate. You are abusers. To protect our truth from your violence, we have to call on the people to help. You encourage debauchery, you abusers, you’re propagating – you are responsible for his death. You are responsible for his murder,” Metropolitan Anthony told journalists.