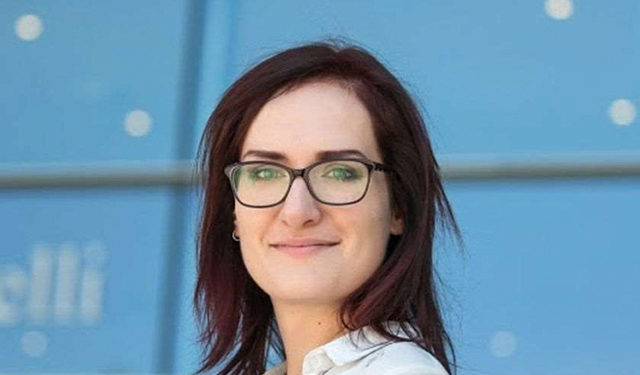 As Russia’s President Putin tries to demonstrate his peacemaker credentials by trying in vain to make the Armenian and Azerbaijan leaders shake hands (quite literally), and the US is once again occupied with impeaching their 45th President, the Georgian Institute for Security Policy sat down with MEP Marketa Gregorova to discuss the EU’s plans and designs for the Eastern Partnership region and, inevitably, the Russian factor in it.

The European Union renewed its sanctions on Russia recently, but since Russia is showing no apparent signs of acquiescing on the Ukrainian issue, we wondered if perhaps a stricter and more hard-hitting set of sanctions would be in order, including more big names in there and industries that can actually force Russia and the Kremlin’s heads to reconsider their position. We asked Ms Gregorova for her opinion.

“There is no new development, so it would be very difficult to argue for strengthening sanctions at this point. Also, we don’t have a single foreign security policy like other countries do; we have 27 foreign and security policy priorities, which often complicates things when you want to deal with other entities or countries such as Russia, because there might be a common will of not letting them do whatever they want, but there are still 27 countries who need to decide on it. You can’t really single-handedly unilaterally decide on something if there is no new development, because you can’t really argue for that on your domestic field in front of your voters, since it doesn’t have an impact solely on Russia. We are still the biggest economic bloc in the world, so let’s say using diplomacy through economic tools is the biggest thing we can do. We can’t and we won’t use military measures or anything like that: what we can do is pose economic sanctions.

How has the pandemic affected issues such as the Eastern Partnership and deeper integration into the European Union? Have they moved down the agenda because everybody is preoccupied with the pandemic?
I would say the region itself didn’t really let anyone forget about it. Of course reignition of the Nagorno-Karabakh conflict was very unfortunate. Then there was how people stood up against Lukashenko in the summer, and the elections in Georgia, and, of course, we know how complicated it was. Moldova was probably one of the few who didn’t have many problems. At the last plenary session, we had a discussion on the whole Eastern Partnership region, which indicates that we do follow it and we do care. However, the pandemic may have slowed things down at the beginning, and from my personal point of view, this could have helped fuel some problems.

What were your personal takeaways from that last plenary on the Eastern Partnership?
For me, it was disappointing. Even though I said it’s important that we discuss the whole region, the Parliament was afraid to make a resolution on Nagorno-Karabakh, because, of course it’s very controversial with the various sides involved. Even though I understand that, it just shows how in these foreign affairs we tend to be so divided. Among the 27 foreign policies that we have, we can’t really agree on a common approach, and so in the end Nagorno-Karabakh wasn’t solved or helped by the European Union. It’s disappointing that we can’t really act as a European Union, and we still act as the European Economic Society which was the predecessor to the EU, but this is not about economics anymore.

How is this non-committal approach going to play out in the long-term when it comes to the EU’s reputation?
I think we need to change this approach. Otherwise, well, I don’t want to assume what might happen in the future of course, but our influence might become meaningless to everyone, because whenever we claim that we’ll help, it will mean nothing, which is something I don’t want to see. I want the EU to have a stronger voice, because we actually often bring to the table the rational middle ground approach, not a zero-sum game from wall to wall, which I think is important and positive, and I don’t want to lose this just because some people are too afraid to act.

Do you think it was a lesson for the EU? Did it learn anything, or did it want to learn anything from it?
I think we learned a lot actually. Not enough; don’t get me wrong – I would also push for more, but it’s not like the EU did nothing. We very strongly held Turkey back, and actually threatened Turkey with sanctions if it gets involved more, and the same applied to Russia. If Nagorno-Karabakh becomes a fighting field between Erdogan and Putin, then those who suffer will be the citizens of Armenia and Azerbaijan. We were really trying to hold these big powers back so that there is a normal field for the two smaller countries to discuss how to deal with the situation, and through the Minsk Agreement platform.

What is Georgia’s Eastern Partnership future? The EP approach was a tailor-made one to give each country a path to move forward on. What are the incentives for Georgia not to stray from the EU integration path, and what are the demands from Brussels?
There are two big topics which have come up since the March 8 agreement: the case of political prisoners and what to do with them, and the independence of the justice system, which has always been questioned. Now, of course, we also have problems regarding the elections in October, and whether they were fraudulent or not. There are people questioning it, and that’s always a problem for democracy, because you have to trust your institutions otherwise they will fall: they are built on the trust of citizens. These are issues we’ll be happy to help with. This is, of course, if Georgia lets us, and if the government is willing to take its own steps. In any case, it’s something we can incentivize, offering help with observers or reviewing how the elections went, or if there are any questions about the political prisoners. Naturally, we will be happy to assist in any evaluations; however, this needs to be solved, otherwise there is a risk that there could be a situation with always having a government that is going forward and an opposition that is trying to block everything. How democracy should work is that both sides try to argue together and create a compromise, and of course that is not happening, which is not positive for Georgia’s European aspirations.