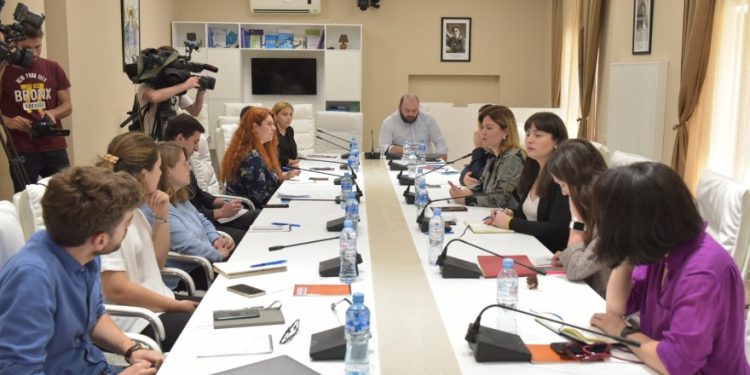 The Parliamentary Opposition MPs held three working meetings with NGOs to discuss the 12 EU Candidacy points determined by the EU. The first meeting was dedicated to electoral issues.

As Reforms Group MP, Giorgi Vashadze, notes, the issues have been categorized into two blocks. “There are lots of issues to be discussed, so we agreed to categorize them into two blocks – one on the Constitutional changes and the threshold, and another on the multi-component changes to the Election Code,” he stated.

He added that the next meeting on electoral issues is scheduled for July 29. The attendees will communicate the list of the issues.

The next meeting was dedicated to the justice system.

As MP from the Political Group Lelo – Partnership for Georgia, Ana Natsvlishvili noted, the opposition is working intensively to develop the reconciled justice reform for the session as a result of a transparent process.

“The justice system encounters grave and systematic problems that cannot be resolved through the changes of 1-2 paragraphs of the law: They need the transformation of the judiciary system, in view of which, guided under the Charles Michel agreement, we  developed a legal package and submitted it to  Parliament months ago, but it is being blocked by the Georgian Dream,” she stated.

Another meeting on justice issues was scheduled for July 28. A third meeting was dedicated to anti-corruption issues.

“In the anti-corruption sphere, we enjoy a fundamentally reconciled position. The Bill initiated has been discussed with the civil sector and will be slightly amended providing various positions,” Vashadze noted.