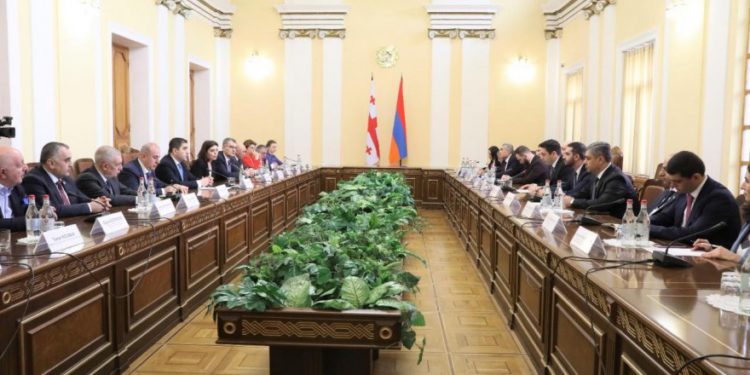 The Speaker of the Parliament of Georgia, Shalva Papuashvili, met with the President of the National Assembly of the Republic of Armenia, Alen Simonyan.

The sides reviewed the long-term fruitful bilateral cooperation between Georgia and the Republic of Armenia with a special focus on close parliamentary ties, especially between the friendship groups and sectoral committees.

The leaders confirmed their commitment to further deepening cooperation between the legislative bodies of the two countries and to further develop bilateral relations.

The meeting was held within the framework of the official visit of the Speaker of the Parliament of Georgia to Armenia.