Meeting of Members of Gender Equality Council with Ukrainian Delegation 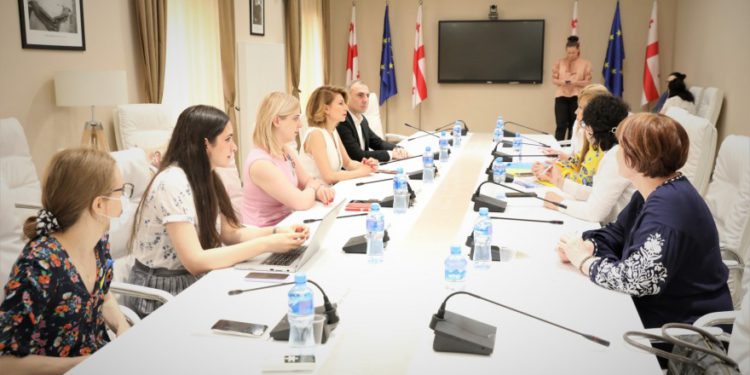 The Members of the Permanent Parliamentary Council for Gender Equality met with a Delegation from Ukraine, which included representatives of various organizations.

The sides discussed the Russian aggression against Ukraine, the friendly relations between Georgia and Ukraine, and future plans for cooperation.

As Tamar Taliashvili noted, a member of the Gender Equality Council, it is important that the meeting with the Ukrainian delegation was held in the format of a council.

“We’ve heard from them about the awful events unfolding in Ukraine as a result of Russia’s aggression against girls, women, families, and the civilian population in general. We discussed the warm friendship that exists between the Georgian and Ukrainian peoples. In different international forums, Georgia has consistently expressed its support for Ukraine. We also discussed the projects that our Ukrainian visitors were working on. I was in Kherson with my colleagues, MPs Irakli Beraia and Aleko Elisashvili, for a planting campaign. Kherson was one of the first targets of Russian assaults. I am confident that this campaign will be successful in Georgia as well, and we will find numerous methods to ensure that Georgia’s significant help to Ukraine is both sustainable and focused,” noted Taliashvili.