Meet the Creators of Gorgasali Battle Royale: The Best Georgian Board Game 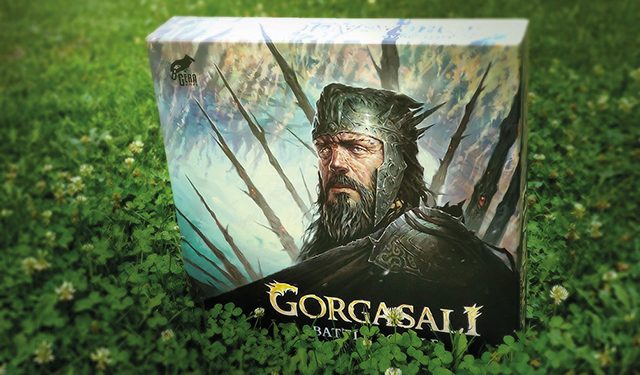 It’s impossible to deny the explosive growth of the Battle Royale genre over the past decade. In this golden age of gaming, the frantic thrill of the last-man-standing epic has dominated the industry. While we’ve seen many games join the excitement over the past years, not many have sought to truly break the mold; but Gorgasali Battle Royale is aiming to do just that.

We sat down with its creators, Tazo Giorgadze and Vakhtang Inoridze, to understand the specificities of the game, their mission to put players at the forefront of everything they do, and how they’ve managed to create a unique Battle Royale experience they can be truly proud of.

What historical event does Gorgasali Battle Royale cover and why did you want to design a board game around it?

To be frank, we saw the prospect of entering the international market, which, first of all, made us want to make a modest contribution to the popularization of Georgia. We decided to name our game after the invincible Georgian king, Vakhtang Gorgasali, whose name is associated with the unification of the country.

One of our warriors is Armazi, the supreme pagan deity of the Kingdom of Iberia; another is Medea, the Colchian princess of Greek mythology. The goal of popularizing our culture is one of the main motivators for us.

What are the mechanics of the game?

Although the design of the game has received great feedback on social networks, we believe that the main charm of the game is its mechanics. The process of perfecting those mechanics took about a year. During this period, we played more than 200 test games, and after each test- the game was perfected further.

Gorgasali Battle Royale is an RPG board game, where you play as a chosen warrior of your kingdom. The game includes 10 fictional characters. Players can pick their characters and devise unique strategies throughout the game until a single winner is identified. All ten heroes in the game are distinguished by unique supernatural powers. We put huge effort into creating a board game experience replete with interesting characters, their kingdoms, stories, and adventures.

What are your hopes for the future?

At this time, we’re negotiating with foreign publishers to raise awareness about our product on the global market. We’re also working on a computerized version of the game.