Mariam Kvrivishvili: We Are Working on Launch of Direct Flights with Spain 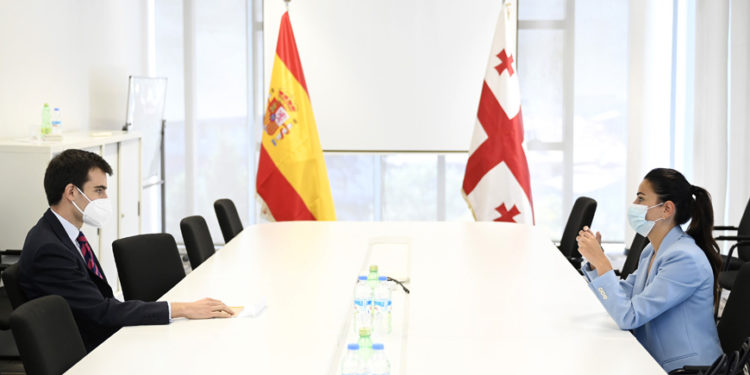 Active work is underway to launch direct flights with Spain, which will significantly enhance cooperation between the two countries in the field of tourism, stated Mariam Kvrivishvili, Deputy Minister of Economy and Sustainable Development of Georgia.

“Mariam Kvrivishvili met with the Acting Ambassador of Spain, Jorge Lucini. The launch of direct flights between Georgia and Spain, deepening cooperation in the field of tourism and civil aviation, priorities of bilateral economic relations, and other important issues were discussed at the meeting,” the statement issued by the Ministry reads.

At the meeting, the Deputy Minister briefed the Ambassador on the current situation in the tourism sector of Georgia, including the management of Covid in the field. She noted that the Georgian government is actively working to develop Georgia’s tourism potential and popularize it in new tourism markets, while Spain, as well as EU countries in general, are priority markets.