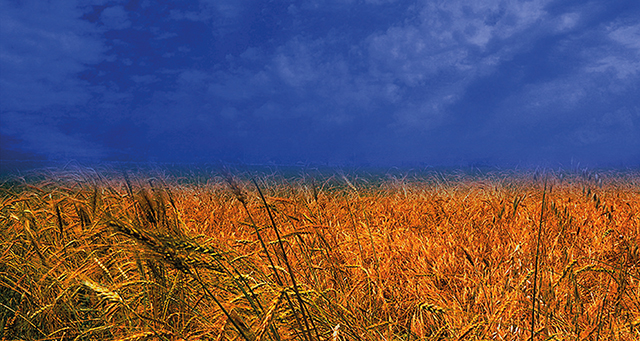 I began digging into YouTube and other video sources of the earlier life of Volodymyr Zelenskyy recently, beginning with his actual inauguration speech upon becoming president of Ukraine in 2019, aged 42. This clip has helpfully been provided with English subtitles, for the benefit of all. I highly recommend it, if you haven’t seen it already: a simple online search will turn it up. He rejected the idea of portraits of himself as president in offices and other prominent places, asking instead suggesting that people put up pictures of their children, and look them in the eye whenever they had an important decision to make, to be sure they were not betraying the trust of their progeny.
This week the president has become the most recognized person on the planet in comparison with two weeks ago. Just as well he’s both so photogenic and so skilled at working the media; I say this with no cynicism, as this gift and training are serving him well. He comes by them honestly.
It turns out that Zelenskyy’s most famous role as a TV comedian was… as president of Ukraine, on the Russian-language, Kiev-based series “Sluga Naroda” (Servant of the People), which ran for three seasons from 2015. Out of burning curiosity, I found the whole series of 20-minute episodes online, and downloaded them all (they are also available on YouTube, currently with over 15 million views). My wife and I are now watching them with very mixed emotions.
It is very strange to see this man with such double vision, viewing the light, well-produced, funny past from one eye and with the other subjecting ourselves to the current news from which we can hardly look away. He is part of both worlds, in the second one deadly serious, frequently bringing his interpreters to tears. His country, the geographic heart of Europe (if you extend that continent out to the Ural Mountains at its eastern end), is being torn apart by invasive Russian aggression, to the growing outrage of the rest of the world. Excepting those five negative votes in the UN; as for the abstaining votes, if you aren’t for us, you’re against us, in the end.
We’re only six episodes in but thoroughly enjoying it, although it becomes hard to watch when we glance between those bright, clean views of Kyiv and the bombarded, bloody, burning images of the country filling our screens from every channel at the moment. Fictional President Vasiliy is determined to reform his country, drag it out of its corruption, nepotism and poverty into something of which all its citizens can be proud and the rest of the world observe with envy. In any case, the former national champion of Ukraine’s Dancing with the Stars (another success story of his) must be kept separate from his current position as head of state… somehow.
Zelenskyy reported today (March 3) that the Russians have included a crematorium in the set of equipment they have brought in. This, apparently, is to burn the bodies of its lost soldiers, and succeed in hiding the true numbers.
Now we consider Europe’s largest nuclear power plant, and about 13 others in Ukraine, falling into the wrong hands… Potential to dwarf the catastrophe that was Chernobyl in the 1980s. (Incidentally, that name, Chernobyl, does NOT translate into the Revelation-prophesied Wormwood which is described as a star falling to earth and poisoning much of it… Cherno Byl means “black was” in Russian.)
Alas, all we can do when we see Ukraine at the moment is shudder, say “There but for the grace of God go I,” and consider how to get involved. Pray, give, go, if you’d like a rising ladder of time and other commitments, up to your life itself. The thing we’d better not be caught doing is NOTHING. And we cannot let war fatigue distract us away from this drama, which mirrors darkly the former comedy. There IS no next thing. Russia may have badly underestimated its own necessary commitments of time and blood, but this war will likely take a long time, and already affects us all, the whole world, the whole planet.