Letter from Svaneti No. 387 (Approximately) 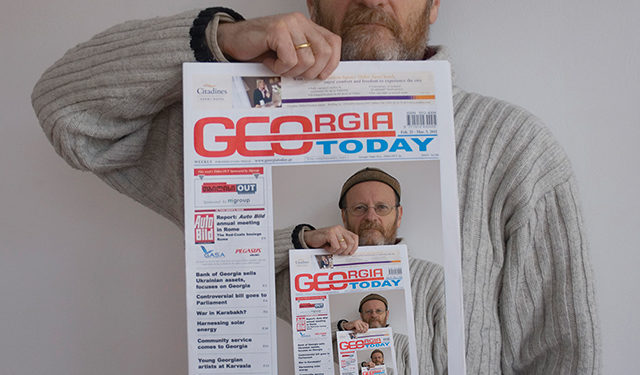 Herewith, I celebrate 10 years of writing weekly articles for Georgia Today, mostly from Svaneti, where I live. The first few articles were indeed simply titled Letter from Svaneti No. 1, etc., until Editorial asked me for more interesting titles. Never missing a week, of some 520 articles I’ve written, about 1387 have been about Svaneti itself. The rest have hailed from other places in Georgia I visited, or further afield: Canada, the UK, Zimbabwe, Mexico.

It began simply with an email to GT offering my services. At the time, my wife and I were living and teaching English in Mestia, which was being renovated at a furious pace under President Saakashvili’s energetic campaign to drag his country out of the depths to which it had fallen post-USSR. A few days later came a positive reply, with guidelines for word count, photos and dates, plus a small salary. Having received no answers from similar queries to other English-language newspapers in Georgia, I had finally got in with the best of them.

It would be quite a few months before I even met the GT staff, on my next visit to Tbilisi, and picked up accumulated pay. Since then, there have been a few personnel changes, most notably in Editor; Katie Davies is doing a wonderful job in a very challenging position, and we are good friends, too. George Sharashidze continues as Publisher, and has added other publications to his repertoire too, such as Focus Magazine, OK! and Where.

When Focus Café opened in Vake, I was quick to suggest the addition of exhibitions on its walls, and offered the inaugural one, tying together themes of food and Svaneti in my years of photos. The sale proceeds went to supporting three recently orphaned teenage children in Kakheti, and it was a great, generous success. Sadly, the Café is no more, but the experience was a good one and my last solo exhibition to date.

I have been given mostly free rein to write about what goes on around me, so, not serious news, more a blog. But culture, tourism, history, literature, the Svan language, art and crafts, cuisine, music, dance, travel, controversies, corruption, traditions, religions, recreational mathematics, chaos theory and more have all found their way onto my page. Each article accompanied by a photo of mine too, so that visual aspect has gone side by side with the words.

There is never a week when I have to struggle to find a subject. The deadline helps my somewhat undisciplined nature to concentrate, but there are always things going on, in our village or nearby. I am grateful indeed for the opportunity to have to write something each week. Stephen King wrote in ‘On Writing’ that there are only two things one needs to do to be a writer: read a lot, and write a lot. Done.

One story I have been asked to withhold for the time being is of my relationship to the Aprasidze family in Etseri. Its time will come eventually.

A book, focusing on Svaneti, gathering together all that material? It remains a dream, and now with a decade passed (along with 21 years living in Georgia itself), the hope is as strong as ever. These years have enabled me to see a lot of change in this superb, traumatized little country, to live through some amazing history, ups and downs.

I’m not going anywhere else, as far as I can tell, not permanently. My grave location (long may it wait) is already designated, here in my village, the name of which means “help” in Hebrew. My wife and I may retire elsewhere, most likely Tbilisi, when running our big guest house and shop get too much for us. But until then, there is time to continue and improve life here: hopefully not just for ourselves, but also for the village and region of Svaneti, to which I remain deeply committed as one of its champions. I have found home, after decades of wandering the earth, far away from my roots in the UK, Zimbabwe and Canada. I never could have imagined it would be here, in these high mountains. I wouldn’t have it any other way.

Thank you, Georgia Today, for this decade together.