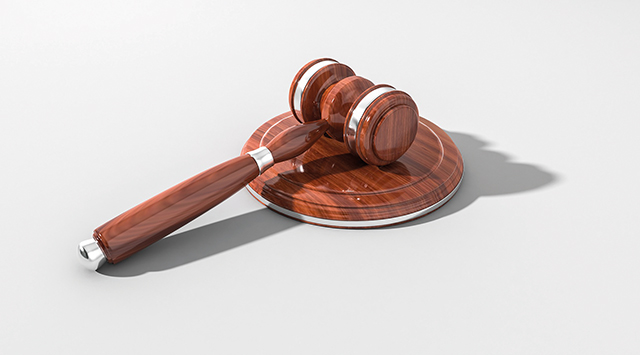 On one of my numerous bookshelves, I have a 1971 edition by the Reader’s Digest titled ‘You and the Law’. Guess what it says in the introduction: ‘Law is the set of rules that we have established to make it easier for us to live’. Commonly, law and the law enforcement ways and means are changed to serve time’s demands and exigencies. What remains unchanged is only us, the people. We have always had a nasty proclivity to flout the law; hating it and defying it if we are given a chance.

The belief is that Georgia and its culture, as well as the human behavioral model here, is mostly pro-western: we are attached to the western lifestyle, and our hopes for a better life are connected with what we call “the family of western nations,” rich and happy and stable. This is why we are so enthusiastically imbibing those values, including the celebrated rule of law, the central truth-seeking idea of the western political culture.

It is not very easy for a former authoritarian socialist nation to become an adherent of the rule of law overnight, but we have been trying as hard as possible over the last 30 years. But what is ‘rule of law’? Here goes its encyclopedic definition, based on and closely related to constitutionalism: “The rule of law is the authority and influence of law in society, especially when viewed as a constraint on individual and institutional behavior, hence the principle whereby all members of a society are considered equally subject to publicly disclosed legal codes and processes.” All members of a society! This should include the government officials, political figures, military personnel, law enforcement bodies and of course all of us rank-and-file – the subjects of government. If this definition is true, then there can be no exemptions from the law unless the person accused of a breach of law happens to be mentally incapacitated.
The hot talk about the recent arrest of the leader of the largest oppositional party in Georgia totally and absolutely contradicts the extant definition of the rule of law. If this particular detention case is in unison with the rule of law, then every single word, pronounced to declare this legal action unlawful, is wrong and meant to destroy the entire system of government of this country.

The precedent of exclusion might have been so contagious that the enforcement of law could have been rendered absolutely impossible in the future. Thus, on the scale of social and political fairness, there have been put two burning issues: the rule of law as such, and the detention of a political leader. The preponderance was fixated on the side of the rule of law, instigating an avalanche of denouncing commentary both internally and internationally.

If we give up on the rule of law, we might jeopardize the constitutionality of our existence within the boundaries of this country; if we imprison a leader of the political opposition, we are putting at risk the measure of our freedom and democracy, so fiercely fought for after having defied the Russian dominance of our nation and the acceptance of western system of values. So what to do?

What we might need very badly is to eat the cake and still have it. Most of the evaluators of the current situation would consider this naïve formula next to impossible to use, but I would not be that pessimistic. At this very moment, on a practicable level, when the oil is already in the fire, I would let it go smoothly and gradually, clinging to this brilliant idea of the rule of law, trying to find the ensuing compromises. But in the long run, I would make use of the idea of “governmentality.” Here is one more borrowed definition: “It is an approach to the study of power that emphasizes the governing of people’s conduct through positive means rather than the sovereign power to formulate the law. In contrast to a disciplinarian form of power, governmentality is generally associated with the willing participation of the governed.” Wow!

Shall we go for it? I mean, in the future?