Last Georgian Unit Returns to its Homeland from Afghanistan 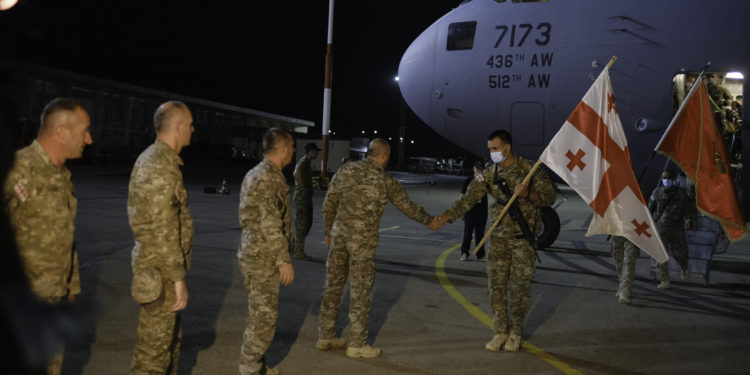 The last Georgian unit returned to its homeland from Afghanistan.

“In strengthening global security, they have completed 17 years of successful service in one of the hottest spots in the world,” the Georgian Defense Ministry stated.

The last unit of the Georgian Defense Forces left the Islamic Republic of Afghanistan, and returned to their homeland under the command of Vice-Colonel Tariel Makharashvili.

The 32nd Battalion has been conducting a NATO-led “Strong Support Mission” in the Islamic Republic of Afghanistan for six months under US command. The main purpose was to protect the security of the base.

The Georgian Defense Forces first joined the NATO-led International Security Assistance Force (ISAF) in August 2004 in the Islamic Republic of Afghanistan. Since January 1, 2015, the NATO International Mission in Afghanistan has changed its face and continued in the format of the Strong Support Mission (RSM), in which the Georgian military has also been actively involved.