Kuleba: Ukraine Gave Up on Nuclear Weapons, We’ve Been Knocking on NATO Door, But it Never Opened 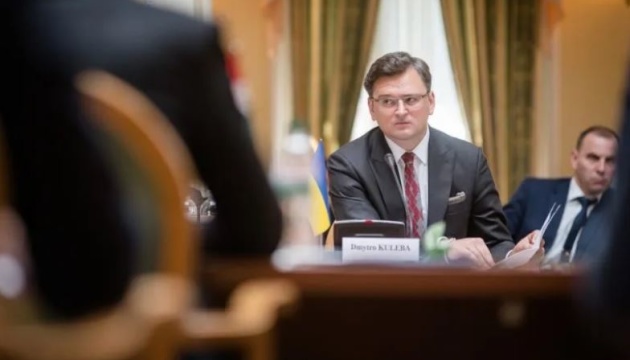 Ukraine asks international partners to decide which security guarantees they are ready to provide to the country in case of any aggression in the future.

“Ukraine gave up nuclear weapons for the sake of world peace. We have then been knocking on NATO’s door, but it never opened. Security vacuum led to Russian aggression. The world owes Ukraine security and we ask states to decide which security guarantees they are ready to provide,” Minister of Foreign Affairs of Ukraine Dmytro Kuleba posted on Twitter.

As Ukrinform reported, President Volodymyr Zelensky said on April 28 that after the Budapest Memorandum had demonstrated its ineffectiveness, Ukraine sought to draft a fundamental document on security guarantees which would provide utmost and real protection to Ukraine. The Head of State noted that the draft document was currently being prepared at the level of security advisers to the leaders of countries which would later become guarantors of Ukraine’s security.

The Budapest Memorandum on Security Assurances comprises three identical political agreements signed at the OSCE conference in Budapest, Hungary, on 5 December 1994, to provide security assurances by its signatories relating to the accession of Belarus, Kazakhstan and Ukraine to the Treaty on the Non-Proliferation of Nuclear Weapons (NPT). The memorandum was originally signed by three nuclear powers: the Russian Federation, the United Kingdom and the United States.

The memorandum prohibited the Russian Federation, the United Kingdom and the United States from threatening or using military force or economic coercion against Ukraine, Belarus, and Kazakhstan, “except in self-defense or otherwise in accordance with the Charter of the United Nations.” As a result of other agreements and the memorandum, between 1993 and 1996, Belarus, Kazakhstan and Ukraine gave up their nuclear weapons.