Kuleba to NATO: My Agenda is Simple – Weapons, Weapons & Weapons 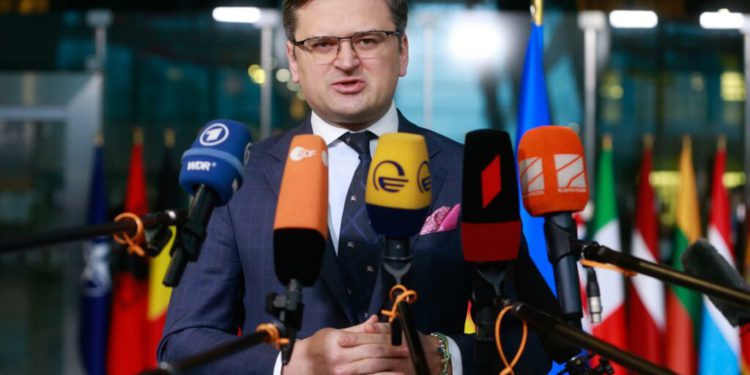 My agenda is very simple. Weapons, weapons and weapons, – Ukrainian Foreign Minister Dmytro Kuleba told reporters at the headquarters of the North Atlantic Treaty Organization, where NATO and G7 foreign ministers discussed sanctions against Russia and ways to support Ukraine.

The Ukrainian diplomat says supplying arms to his country was the best way “to restrain Putin and defeat the Russian army in Ukraine.”

“The Ukrainian army and the entire Ukrainian nation have shown that we know how to fight. We know how to win. The more weapons we get and the sooner it arrives in Ukraine, the more lives will be saved, the more towns and villages will not be destroyed and there will be no more Buchas,” Kuleba added.

The Ukrainian Foreign Minister called on the foreign ministers of NATO and the G7 not to hesitate to provide Ukraine with everything it needs, saying “no matter how strange it may sound, today weapons serve the purpose of peace.”

For his part, NATO Secretary General Jens Stoltenberg said that NATO member states are supporting Ukraine in supplying equipment to protect its right to self-defense, which is protected by the UN Charter.

Stoltenberg is convinced that NATO “is considering the need for more air defense systems, anti-tank weapons, light but also heavy weapons, and many different types of support for Ukraine.”