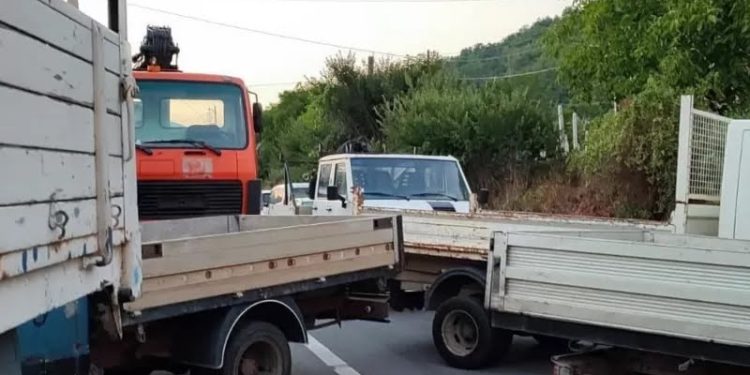 Kosovo’s government has postponed the implementation of new rules that would force people in majority ethnic Serb areas to swap their Serbian-issued car number plates for Kosovan-issued ones, reports the BBC.

The rules were due to come into force at midnight on Monday.

However, on Sunday, ethnic Serbs in the north barricaded roads and shots were heard in protest.

The implementation has been delayed for a month following consultations with the US and EU.

“The overall security situation in the northern municipalities of Kosovo is tense,” NATO-led mission to Kosovo KFOR said in a statement.

“Kosovo unilaterally declared independence from Serbia in February 2008, nearly a decade after it broke away following a war which saw NATO bombing Serbia.

“It has been recognized by the United States and major European Union countries, but Serbia, backed by its ally Russia, refuses to do so, as do most ethnic Serbs inside Kosovo.

“Some 50,000 people living in majority Serb areas of the north use license plates issued by Serbian authorities and refuse to recognize Kosovan institutions.

“The Kosovan government’s decision to introduce new rules, including replacing Serbian license plates with Kosovan ones, led to clashes.

“Kosovo then agreed to delay the new rules for 30 days,” reports the BBC.

The EU’s head of foreign policy, Josep Borrell, welcomed the announcement in a tweet and said he expected all roadblocks to be removed immediately.