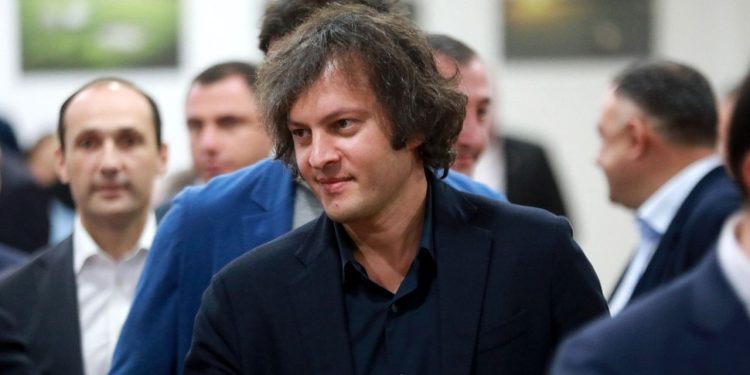 “I suggest that we announce a one-year moratorium on the peace toast in Georgia – how can you drink a peace toast when there is a war in Ukraine?” – the Chairman of Georgian Dream, Irakli Kobakhidze, thus answered the question about the responses to Tbilisi’s 2023 slogan – “City of Peace”.

He claimed that the opposition is actually not annoyed by the slogan, but by the peace in Georgia.

Kobakhidze added that the desire of the National Movement is war in Georgia, and therefore they are fighting not a slogan, but the peace in the country.

“In fact, it is not the inscription and the slogan that annoys them, but the fact of peace in our country, because they are the “party of war”. They cannot hide that they want war in Georgia. Of course, they will not be able to achieve this goal. There will be peace in Georgia, and Tbilisi will be a city of peace. This is the desire that each of us has, among them for each Tbilisi resident, and we, of course, have the same desire for our Ukrainian friends. Therefore, the speculations are absolutely shameful,” Kobakhidze said.

On November 29, it was announced that Tbilisi’s main New Year’s slogan will be “Tbilisi — City of Peace”. City Hall is installing the same inscription near the fairy-light Christmas tree in Freedom Square.

The slogan caused a lot of criticism from a large part of the society, considering the ongoing war in Georgia’s friendly country – Ukraine.

On November 30, citizens held a rally demanding a change to the New Year’s slogan installed on Freedom Square.