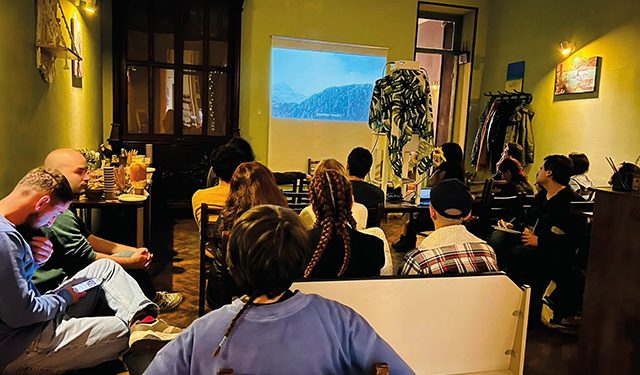 On November 1, World Vegan Day, Kiwi Vegan Café (at Machabeli 6, Tbilisi), offered interested local and multi-national guests, among them vegans, vegetarians and a few meat-eaters, a screening of the documentary “Eating Our Way to Extinction” and a follow-up discussion with a delicious vegan food buffet and drinks.

The documentary, narrated by academy award winner Kate Winslet and featuring Richard Branson, looks into the impact of diet on the ecological and climate crisis. Eating Our Way to Extinction specifically focuses on animal agriculture to deliver hard truths about our global changing landscapes, taking audiences on a journey around the world from Scotland to the Amazon Rainforest, letting the audience hear stories about food production and its effect on the environment from people at the very forefront of the climate crisis. It also features local activists and celebrities, as well as scientists and those who have worked in the meat industry, who add their verdicts on the most pressing issue of our generation. 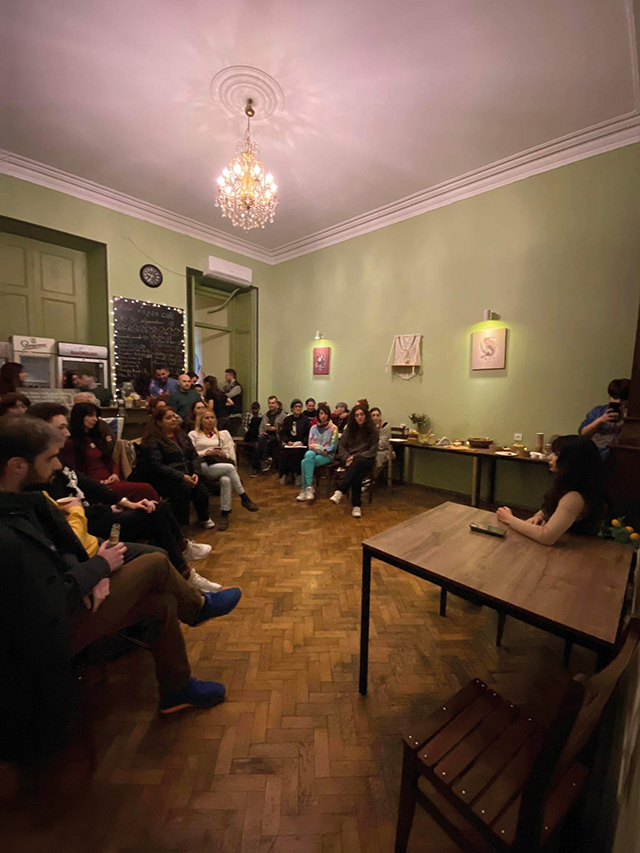 The goal of the documentary directors, Ludo and Otto Brockway, is to create conversations and help people, industry leaders, and governments question their ‘everyday choices’. And on November 1, World Vegan Day, such conversations were welcomed at Kiwi Vegan Café.

“I think such awareness-raising and discussions make a significant contribution to the formation of ethical and eco-centric attitudes, and to us all being able to make informed decisions about what we eat,” said one of the Kiwi Café screening organizers.

The cycle of informative films, dubbed in Georgian, will continue in Kiwi Vegan Café in future.