Kinzinger, Connolly Reintroduce Georgia Support Act in the US Congress 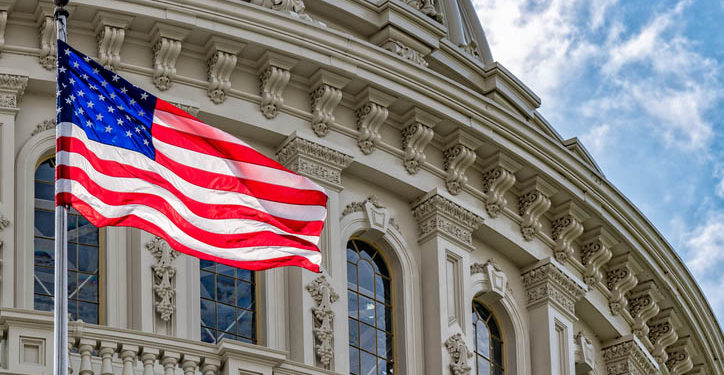 “I am proud to reintroduce the Georgia Support Act, which strengthens the vital US-Georgia partnership, a strategically important relationship in a critical part of the world.” – Congressman Gerry Connolly

Co-chairs of the Georgia Caucus Representatives Gerry Connolly and Adam Kinzinger, reintroduced the Georgia Support Act in the US Congress.

The legislation asserts the United States of America’s continued support for the independence and sovereignty of Georgia, recognizes Georgia’s commitment to democratic values including free and fair elections, and affirms the US opposition to Russian aggression in the region.

In Georgia’s occupied regions of South Ossetia and Abkhazia, Russia has fomented unrest, aided separatist movements, and committed serious human rights abuses, including ongoing detentions and killings. Russian forces continue to harass civilian communities along the administrative boundary line and impede the right of return of internally displaced persons. The Georgia Support Act bolsters Georgia’s territorial integrity by authorizing sanctions against those responsible for or complicit in human rights violations in these occupied territories.

“I am proud to reintroduce the Georgia Support Act, which strengthens the vital US-Georgia partnership, a strategically important relationship in a critical part of the world. This bill demonstrates the United States’ robust support of Georgia’s sovereignty, continued democratic development, and security, especially in the face of Russian aggression,” said Congressman Connolly. “As President of the NATO Parliamentary Assembly, I am pleased that this bill recognizes that Georgia has been a longstanding NATO-aspirant country.”

“It has been over 12 years since Russian forces invaded and occupied Georgian lands. Yet, in the face of Russia’s violations of basic human rights, Georgia has worked tirelessly to develop their democracy and fight for independence for their people. For these reasons, it is important that we reintroduce this legislation,” said Congressman Kinzinger. “As a co-chair of the Georgia Caucus, I stand firm with our Georgian friends in pushing back against Russian aggression. I want to thank my colleague, Congressman Connolly, for his dedication to a free and democratic Georgia.”

The Georgia Support Act passed the House of Representatives on October 22, 2019. The legislation also passed in the 115th Congress.

The text of the legislation is available here.