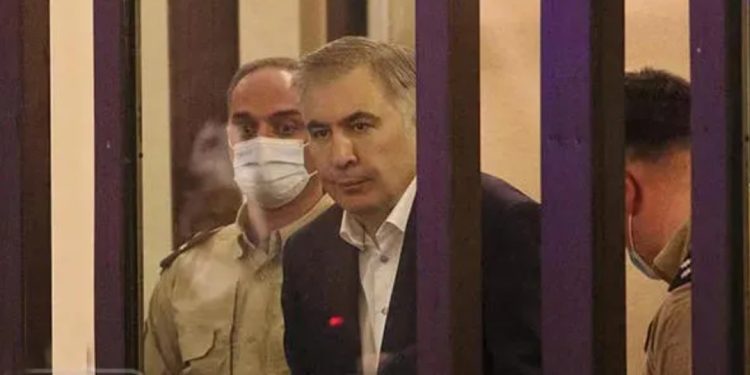 Khatia Dekanoidze, chairwoman of UNM faction, says the Vivamedi doctors did not give permission to transfer Mikheil Saakashvili from the clinic to the court to attend his trial.

Dekanoidze told journalists about this after leaving the clinic.

She noted that the doctors cannot take responsibility for the transfer of Saakashvili.

Earlier today, it was reported that despite the difficult condition, the third president of Georgia might have been able to attend his trial.

The trial on the illegal crossing of the border is underway at the Tbilisi City Court.

For the record, the investigation into the fact of illegal crossing of the border by Mikheil Saakashvili started on October 1. In the framework of the mentioned case, charges have been brought against 4 other persons – Elguja Tsomaia, Zurab and Shalva Tsotsoria and Giorgi Narimanidze, and it is being considered separately.