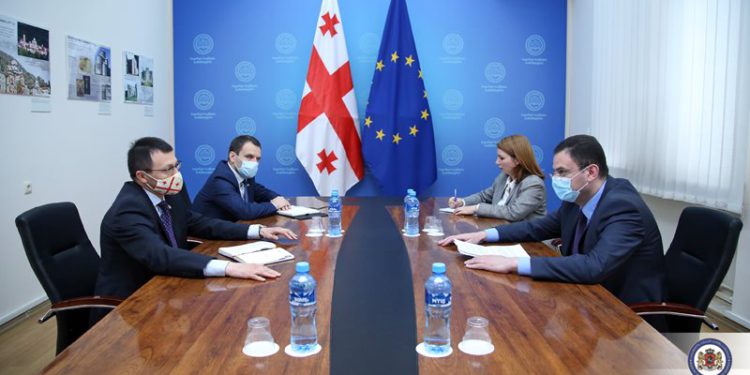 The Georgian Deputy Foreign Minister, Teimuraz Janjalia, met with the Chargé d’Affaires of Ukraine, Andriy Kasyanov, who was summoned to the Ministry in connection with the information released by the Intelligence Service of the Ministry of Defense of Ukraine.

Expressing the Georgian side’s dissatisfaction with similar allegations, Deputy Minister Janjalia highlighted that partner relations between the two countries had been damaged by the spread of such unverified information.

The Ukrainian diplomat said at the meeting that he was unable to give clarification of the Ukrainian Intelligence Service’s claims at the given stage and promised to transmit the relevant messages to the competent authorities in Kyiv.