Kaladze on Credit Suisse: This is a Racketeering, Maybe Even More 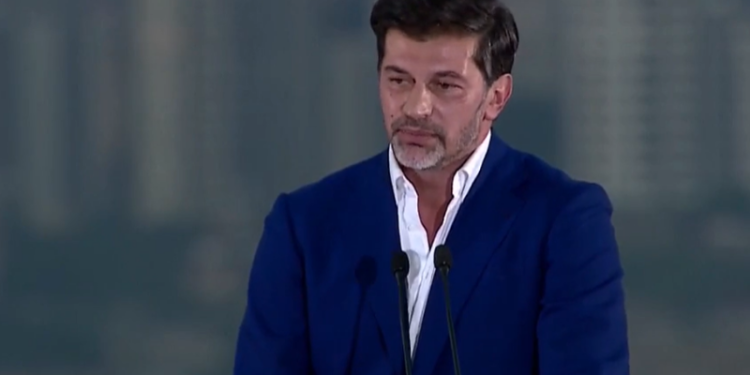 “Of course, this is racketeering, maybe even more, something very serious,” the Mayor of Tbilisi Kakha Kaladze thus responded to the journalist’s question regarding today’s statement by the deputies who left the Georgian Dream.

He noted that the actions of the Swiss bank Credit Suisse violate the law and raise many question marks.

“Why are they doing this? A person had these funds in a particular bank for years, and usually, without any obstacles, he was able to transfer this money and use it as needed. One day, this decision was made regarding the suspension of funds, completely illegally, without any explanations, which raises very big questions,” said the Mayor of Tbilisi.

“Much has been written about Switzerland in the past months. Switzerland has historically been considered an advanced democratic country even in Europe. However, what is happening in this country today? If everything is true that Bidzina Ivanishvili’s lawyer and experts are talking about – racketeering, unfair court and non-free media, which were signatures of the Saakashvili regime, the Embassy’s favorite government – it turns out that this ruling model has been actively established in Switzerland today. We want a Europe like the old Switzerland. We really do not want such a Europe where the bank, court and media act in total coordination against justice and human rights,” the deputies said in a statement.