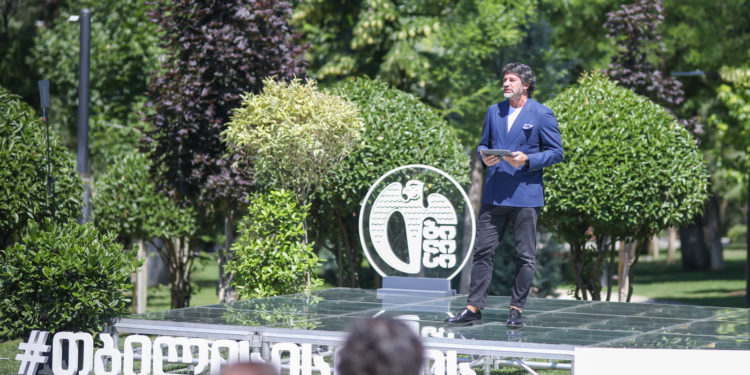 The Mayor of Tbilisi, Kakha Kaladze on June 8 presented a report on the projects implemented as part of Tbilisi’s environmental policy. Kaladze announced that the arrangement of a Tbilisi Dendrological park will start by the end of the year.

He stressed the importance of green spaces and park culture in the life of the capital, and noted that Tbilisi City Hall has ambitious plans for the future. Several park projects have been designed and are planned to be implemented.

“We have very ambitious plans for the future. There is already a project to arrange a park on the Digomi floodplain, work on Vera Park, and, most importantly, the Tbilisi Dendrological Park, which actually has the potential to become the lungs of Tbilisi,” said the Mayor.

“Improving and arranging this space was my election promise. The area of ​​the dendrological park stretches over 160 hectares. We plan to upgrade it. We have already prepared the project and it will be possible to start the works by the end of the year. The implementation of this project will take about two years, as it is quite large.

“The zoo will move from the city center to an area being developed near Tbilisi Sea. We also have an idea to arrange a space for young people in the Dendrological Park – to make small cubes, where young people – artists, painters, art field representatives will have the opportunity to use these spaces for free,” Kaladze said.