Kaja Kallas Recalls Failure of Peace Treaty in Georgia, Stresses That Russia’s Next Steps Will Only Be Bolder 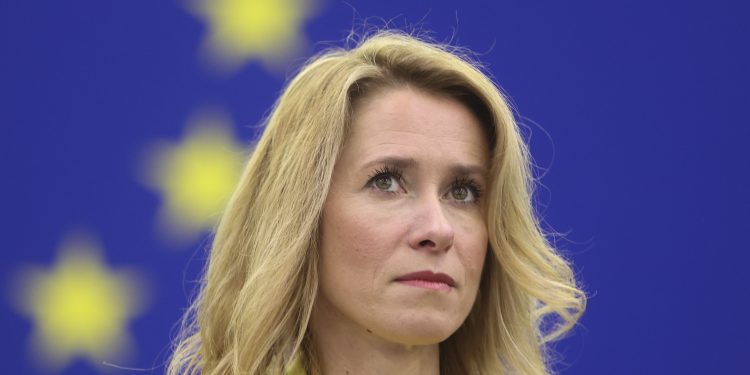 Kaja Kallas, the Prime Minister of Estonia, emphasized the failure of peace treaties in areas that Russia has occupied. She also stated that because of their shared history, Estonians are the people most able to comprehend Ukraine’s difficulties.

“The experience we have had in our history makes us speak from a different point of view as compared to countries that do not have that history,” said Kallas.

She says it has become abundantly evident how the end of World War II separated the countries of Eastern and Western Europe into two quite distinct pathways. Although peace may be the ultimate goal at the end of a battle, she claims that Western nations frequently overlook Eastern Europe’s history.

The PM remarked that while Western Europe was developing its nations and the prosperity and well-being of its people, Eastern Europe was experiencing occupation, with mass deportations, and various forms of repression and atrocities.

“This is exactly what we see in Ukraine today: giving away the territories does not mean that the human suffering will end. That is why our experience is relevant and it is important that other countries listen to us,” she indicated.

“We are not naïve regarding Russia,” she said, claiming they are familiar with Russian operations and have been paying close attention to what they are saying for the past 30 years. Because “Russia does not operate the way Western democracies do,” she asserted, they are not viewing how Russia functions via a “democratic lens.”

“In the cases of Georgia, Donbas and Crimea, we – and by “we” I mean the EU and the rest of the free world – acted in accordance to what the big EU countries said: let’s have a peace treaty and this will all be over,” Kallas highlighted. “But Russia only understands weakness and strength, and a peace treaty means showing weakness: yielding territories and nothing happens to Russia and Russians. It means every subsequent Russian step gets bolder.”