Josep Borrell: We’ll Step Up Our Work in Support of Cyber Defense Capacity Building of our Partners 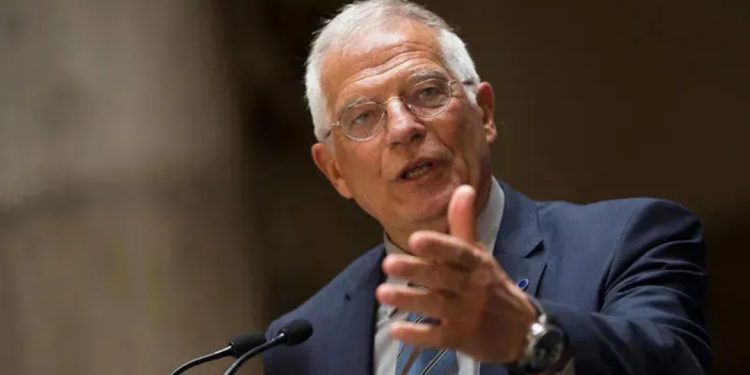 “We will step up our work in support of cyber defence capacity building of our partners – we are supporting Ukraine, Georgia and Moldova,” EU High-Representative/Vice-President Josep Borrell stated at the Security and Defence package press conference.

While speaking about cyber security, Borrell pointed out that cyberspace has become a place of geostrategic competition.

“Cyberspace is the new strategic domain. It is the place of geostrategic competition, and it will become a battlefield. But cyberspace has no limits: where is the space of the cyberspace? Everywhere. There [are] no borders. So, to make the difference between the internal and external, does not make a lot of sense, because there is no line between one thing and the other.

“But, in any case, cyber war and cyber-attacks have become an integral part of modern warfare.

“The Russian aggression against Ukraine is being accompanied by repeated cyber-attacks, not only against Ukraine, but also against us and against our partner countries. Remember, that before the war launched, a big cyber-attack preceded the bombing of Kyiv.

“We are proposing [actions] to increase our ability to prevent, detect, deter the cyber-attacks and defend ourselves against them. We are following the same lines, the same verbs that we use in the Strategic Compass on Security and Defence: to act together for a stronger EU cyber defence, secure our defence ecosystem, invest in better cyber defence capabilities, and partner to address common challenges.

“There is one common thread: better and stronger cooperation between the military and the civilians.

“The [European] Commission is doing a lot on the civilian side of cyber defence – the military also. We have to link these two sides.

“We must create the structures and mechanisms for cooperation among military actors to improve the situational awareness, the detection, the preparedness, and response.

“That is why we are proposing, in this plan, to create an EU Cyber Defence Coordination Centre. It would act as a central node to collect, analyse and distribute cyber defence information.

“Also, [we will establish] an operational network of Military Computer Emergency Response Teams with the European Defence Agency acting as secretariat.

“[We will also] expand our Cyber Rapid Reaction Teams and cyber defence exercises.

“Similarly, we need to address the gaps in the cyber defence workforce. We need to train, educate, and do exercises with the people that will work in these new battlefields. Because, certainly, we need to increase the number of people ready to participate in this kind of war, knowing that the classical warfare, the classical training of a soldier does not fit anymore in this new dimension of the war,” Borrell said.

“According to High-Representative/Vice-President, the EU also plans to step up assisting its partners in the cybersecurity domain.

“And we will step up our work in support of cyber defence capacity building of our partners also.

“We are doing that through the European Peace Facility, supporting Ukraine, Georgia and Moldova, and we are looking to further advance with others, in particular the Western Balkans, where some countries – like, for example, Albania – are suffering from cyber-attacks,” Borrell said.