Josep Borrell to Opposition: I Share Your Concerns about Stalled Judiciary, Electoral Reforms 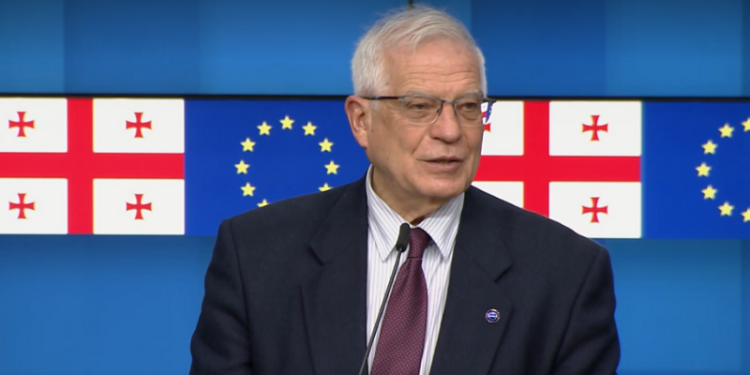 “I share your concerns about the stalled judiciary and electoral reforms, which go to the essence of the EU-Georgia Association Agreement,” reads the letter sent by EU High Representative for Foreign Affairs and Security Policy Josep Borrell in response to a letter from representatives of the Georgian opposition parties that signed the Charles Michel Agreement.

“Honorable Members of the Parliament,

“I would like to thank you for your letter of 9 December regarding the recent political developments in Georgia.

“I share your concerns about the stalled judiciary and electoral reforms, which go to the essence of the EU-Georgia Association Agreement.

“Timely adoption and implementation of inclusive reforms remains the best chance of tangible progress in further building Georgia’s democracy and resilience, and ending the damaging polarisation currently affecting the Georgian political system. Special attention should be paid to the justice sector and democratic reforms. Whereas the primary responsibility lies with the government, it is very important that government and the opposition contribute together to the de-escalation and to pursuing a constructive reform agenda.

“As outlined in the Joint Declaration of the Eastern Partnership Summit of 15 December, the scope and depth of our cooperation will continue to be shaped amongst other aspects, by the pace and quality of reforms. The EU’s conditionality and incentive-based approach (“more-for-more” and “less-for-less”) will continue to benefit most those partners committed to implementing reforms. This was also a clear message from the EU at the Eastern Partnership Summit.

“The EU will continue to advocate for ambitious reforms based on the EU-Georgia AssociationAgreement, to the benefit of Georgia and its people,” reads the letter.