It is Much More Than Just Ukraine 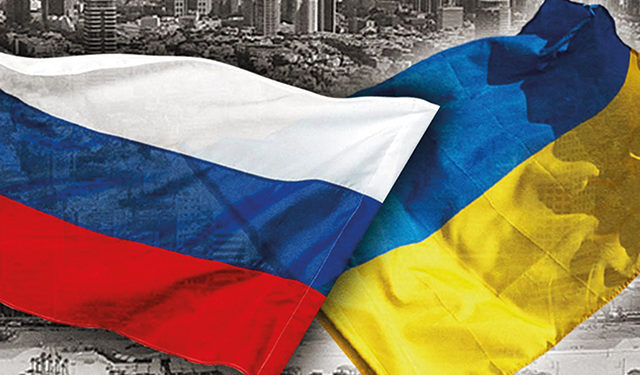 A war scare in Ukraine is a pivotal moment for the West. It tests the trans-Atlantic resolve, its unity, and the very foundations of NATO. Failure to prevent a potential Russian military move or unwillingness to cope with if such a move is made will likely result in an accentuation of internal divisions within NATO and the EU.

But more importantly, the reluctance and hesitation will impact those which aspire to become members of Western organizations or who see the West as a balancing foreign policy tool against Russian influence. The escalation around Ukraine is being watched by the wider Black Sea region and the South Caucasus states which feel most vulnerable to Russia’s influence. Failure to avert a Russian offensive, and most importantly connivance to Moscow’s effort to scare Kyiv, will have a profound impact on pro-Western Georgia and Moldova, with some significant implications for the Caspian and Central Asia regions.

An aggravating development is that the public debate on the implications of the Ukraine-Russia standoff is largely muted. For instance, few politicians if any openly ponder in Georgia what happens in Ukraine. Reasons vary. The inward-looking manner of Georgian politics is certainly a driver. Second could be a geopolitical motive of avoiding being enmeshed in the struggle, where Tbilisi thinks it might get little benefit. Yet a third reason is the fear of potential Russian reprisal.

Moldova too can do little, and, in fact, the country navigates carefully not to cause Moscow’s ire. Armenia and Azerbaijan are more pre-occupied with solving their border and transport corridor issues. Each does not want to incur a negative Russian response amid ongoing trilateral railway revival negotiations, headed by Moscow, and the West’s relative distancing from the wider South Caucasus, best exemplified by the second Nagorno-Karabakh war.

Further east, in Central Asia, the region benefits from being distant from the Russia-Ukraine conundrum. Here, too, the threat of a Russian response far outweighs the benefits the regional countries could get in case of however vague the diplomatic support they could express toward Kyiv or Moscow. Kazakhstan is especially vulnerable to Russian pressure and is often irritated by nationalistic statements by Russian politicians on the weaknesses of Kazakh statehood.

The Ukraine gambit thus will be giving the Kremlin far bigger momentum than what many an analyst thinks in the West. It is a version of reasserting influence which goes far beyond Ukraine, and approximately covers what once constituted the Soviet empire. Through potential battering of its western neighbor, Moscow will be sending an example of what might befall any of those neighbors who deviate from the Russian geopolitical agenda.

The invasion of Georgia in 2008, instigation of the separatist war in eastern Ukraine, and the annexation of Crimea in 2014, touched upon the very foundations of the liberal world order. Back then, Russia risked and feared being isolated. Presently, however, the global shifts in power provide a promising setting for Moscow to act. Previously, Moscow was pressuring neighbors to say no to Western aspirations; now Russia demands official guarantees from the Western powers.

Moscow also hopes that the war scare around Ukraine will be used as a distraction by China to ramp up pressure around Taiwan or perhaps to even aim at something bigger. The China challenge is critical for Washington, and focusing on it makes sense. But the problem is that ignoring the Russian move could actually make the effectiveness of the Chinese policy more traumatic. Increasingly for the US it is a prospect of the two fronts dilemma, not necessarily a military two front, but rather intermittent pressuring on two fronts, which, while it does not evolve into an open conflict, could eventually see a dilution of America’s resolve and push it into some sort of settlement.

Yet a more promising picture too can be drawn. Russia’s potential move deep into Ukraine could actually produce not only positive sentiments in the West toward Kyiv, but also influence the long-term policy toward the wider Black Sea region. There was a certain stalling of EU/NATO expansion plans. Moreover, along with pure geopolitical motives (Russian military moves) which prevented the enlargement, fatigue with Georgia, Ukraine and Moldova too was evident.

The pressure on Ukraine could be a turning point when morale and pure geopolitical motives coincide and necessitate a more robust Western engagement with the arc of instability along Russian borders. Instability is what Russia feeds on. A stable neighborhood, therefore, is a blockage to the array of Russian tools of influence.

This will be especially opportune for Moldova and Georgia, where ambivalence toward the West’s willingness to engage has never dissipated. Renewed engagement will strengthen these states’ efforts to build liberal democracy. The latter concept is endangered as it is increasingly being ambushed by illiberal and openly anti-liberal forces.

In the longer run, and strangely enough, Russia’s hanging threat strengthens the neighboring nations. True, they are fragile and vulnerable, but constant menacing re-invigorates the national energies of Ukraine and other nations. Modern Ukraine differs from the pre-2014 one. So too the Central Asian and South Caucasus states. The threat also reanimates the Western resolve. In many ways this is a pivotal moment for the trans-Atlantic community, as critics of NATO might face the insurmountable evidence of the need to keep and strengthen the institution.