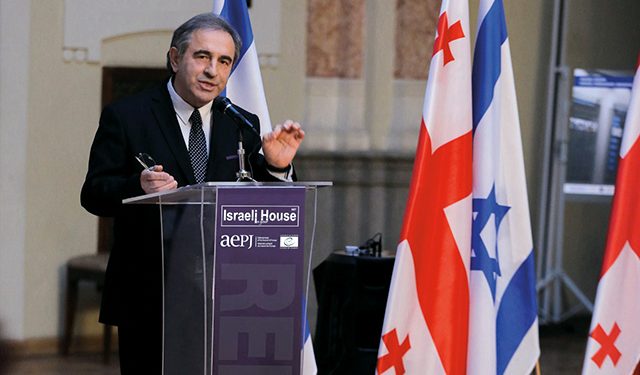 Israeli House will present the Biblical Route of Jewish Cultural Heritage to the general public on September 25, the Jewish New Year. The route is agreed with the European Association for the Protection and Promotion of Jewish Culture and Heritage (AEPJ) operating under the auspices of the Council of Europe, and the main route, the Caucasus direction, is part of the EU program.

Israeli House is a member organization of AEPJ and, on the recommendation of the Ministry of Culture, officially oversees the European Route of Jewish Cultural Heritage certified by the Council of Europe in Georgia.

The aim of the new route is to make the Jewish Heritage Route interesting and attractive to the world and for it to be presented on behalf of AEPJ at world tourism exhibitions.

It is planned to train guides who will tell visitors in detail about the history of the First and Second Temple eras in the South Caucasus, in particular, about the entry, resettlement, migrations, stay in Georgia and Azerbaijan and, finally, return to the homeland of Jews. The route will start from Jerusalem, continue to Mtskheta, include Tbilisi, then Azerbaijan (Baku, Quba), then Georgia again – Oni, Lailash, Tbilisi, and finally Jerusalem. The historical excursion covers a period of almost 3,000 years, from the reign of the biblical King David, the period of forced exile from the Jewish homeland, and Aliyah. Therefore, the new route developed by the Israeli House can tentatively be called “from Jerusalem to Jerusalem”. 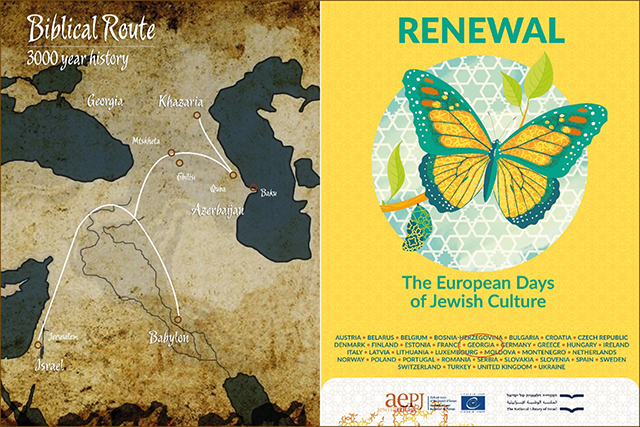 In order to popularize the Biblical Route, Israeli House also applied to the World Tourism Organization.
The European route of Jewish cultural heritage certified by the European Council has already become an integral part of tourism. Now, Israeli House and before that its partner organization – Israel-Georgia Chamber of Business, have been working since the 1990s to attract tourists from Israel and world Jewry to Georgia. For this purpose, in 1999, the head of the Chamber of Business, Itsik Moshe, in agreement with the Department of Tourism of Georgia and the Ministry of Tourism of Israel, opened a representative office of Georgian tourism in Israel, which played an important role in attracting tourists from Israel.

According to preliminary data, the number of visitors from Israel is expected to reach 200,000 this year, which exceeds the peak before the pandemic – the data of 2019. Moshe suggests that, with joint efforts, it is possible to strengthen cultural tourism in Georgia, and increase the number of visitors from Israel to 400,000 within a few years. He has already discussed this topic with the management of the Georgian Tourism Administration.

On November 7, the presentation of the Biblical Route in Jerusalem is planned, and on December 18, within the framework of Hanukkah, Israeli Week, the first participants will walk the route. Next year, it is planned to introduce the route to European countries.

According to Itsik Moshe, the Route of Jewish Cultural Heritage operating under the auspices of an international organization is another effective tool for deepening relations between Georgia, Israel and world Jewry, which has been served by the Israel-Georgia Chamber of Business and the Israeli House for years.

The presentation of the Biblical Route will be held on September 25, at 1:00 p.m., at The Biltmore Hotel Tbilisi (Address: Shota Rustaveli Ave. N29).

Official representatives (with greetings from the Knesset), the Council of Europe and the European Union, Israeli businesspersons, local tourism companies, students, lecturers, Jewish organizations, media and others are invited to the event.