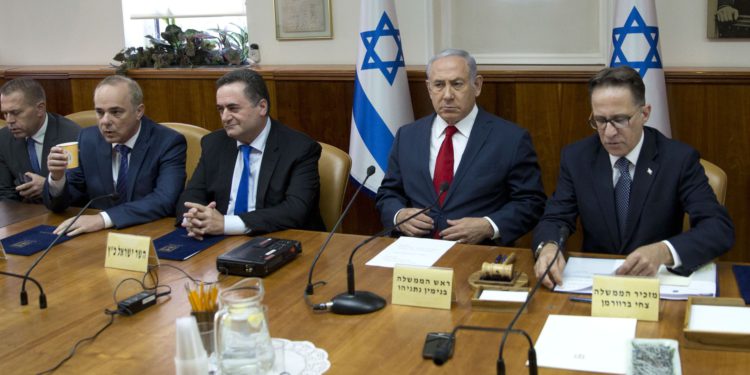 Israel’s security cabinet, the committee of ministers legally empowered to make war decisions, is meeting to discuss the next steps in the Gaza operation, the Times of Israel reports.

Hebrew media reports suggest some of the ministers plan to urge a quick end to the fighting, the edition says.

Israel’s security cabinet has been meeting to discuss its next steps, amid growing international calls for a ceasefire with Hamas, the Palestinian militant group that rules the Gaza Strip, reported the BBC.

“Defense officials have warned that continued violence could draw Israel into a wider conflict, with further casualties and the risk of a ground offensive,” reads the article.

Gaza was hit by Israeli airstrikes early on Sunday.

“Health officials there say 26 people died in attacks just before dawn, including eight children. That brings to 174 the number of people reported dead in Gaza since the conflict began a week ago. Israel has reported 10 deaths,” reports the BBC.

Israeli airstrikes on Gaza City flattened three buildings and killed at least 23 people on Saturday, medics said. The Gaza Health Ministry said another 50 people were wounded in the attack. Rescuers were racing to pull survivors and bodies from the rubble. (Input from The Associated Press) 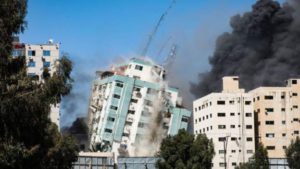 “Biden expressed his “grave concern” over violence in Israel and Gaza in a phone call with Israeli Prime Minister Benjamin Netanyahu Saturday while separately telling Palestinian president Mahmud Abbas that Hamas must “cease firing rockets.” Speaking on the sixth day of a paroxysm of Israeli-Palestinian violence that has left scores dead or wounded, Biden expressed his “strong support” for Israel’s right to defend itself against rocket attacks by “Hamas and other terrorist groups,” in his call with Netanyahu, while also emphasizing his clear concern over the deadly flare-up and casualties on both sides,” reported france24.com.

“He condemned these indiscriminate attacks against towns and cities across Israel,” the White House statement said.

However, Biden also raised concerns about the safety of journalists after Israeli airstrikes on Saturday flattened a building in Gaza housing The Associated Press and other international media outlets.