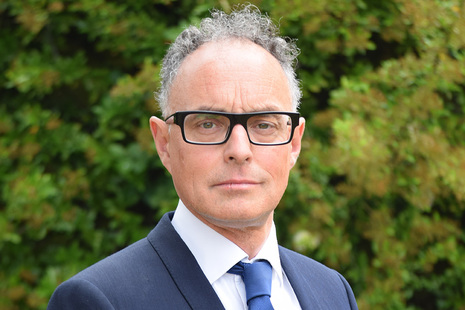 “We regret that the call of the United States and other international partners for restraint and dialogue was ignored.  We are dismayed by the polarizing rhetoric from Georgia’s leadership at a time of crisis.” – US Embassy

The arrest of the Chairman of the National Movement, the largest opposition party in Georgia, was followed by a series of comments from the international world.

The United States Embassy expressed deep concern at the government’s decision to detain the head of a major opposition political party at the party’s headquarters this morning.

“We regret that the call of the United States and other international partners for restraint and dialogue was ignored.  We are dismayed by the polarizing rhetoric from Georgia’s leadership at a time of crisis. Force and aggression are not the solution to resolving Georgia’s political differences. Today, Georgia has moved backward on its path toward becoming a stronger democracy in the Euro-Atlantic family of nations.”

Mark Clayton, Ambassador of Great Britain to Georgia also commented in response to the arrest of the opposition leader: “Shocked by the scenes at UNM headquarters this morning. Violence and chaos in Tbilisi are the last thing Georgia needs right now. I urge all sides to act with restraint, now and in the coming days,” he tweeted.

Žygimantas Pavilionis, Chairman of Foreign Affairs Committee of the Lithuanian Parliament and an active commentator on the recent political events in Georgia, posted on his Facebook page: “Looks like I was right, although someone in Lithuania and of course, those in power from high tribunes in Tbilisi criticized me for trying to stop what has started now. UNM headquarters currently being stormed using gas, as Putin once did.”

He added that despite the opposition’s willingness to start negotiations with the government, Ivanishvili’s commanders were “acting like Putin or Lukashenko. We need to lift the world up and regulate it. I spoke to the world yesterday, the world needs to respond today.”

US Congressman Adam Kinzinger tweeted, “This is a very concerning move by the Govt of Georgia. Given the tense situation, I call on the gov’t to stand down from this dramatic action. We are all watching.”

Michael Carpenter, Managing Director of the Penn Biden Center for Diplomacy and Global Engagement, also responded to the recent special operation: “Very unfortunate developments in the Republic of Georgia with the storming of the opposition party’s HQ. Hoping cooler heads will prevail and the situation can still be de-escalated.”

“Very sad day in Georgia,” the former US Ambassador to Georgia, Ian Kelly, said, also expressing his deep concern regarding the matter with this short tweet.

Public Defender Nino Lomjaria termed the arrest of Nika Melia, the leader of the United National Movement, at the office of the opposition party by the use of force as “concerning.”

“Nothing more shameful could have happened on February 23, 100 years after the loss of Georgia’s independence and sovietization, as the raid on the office of an opposition party and the arrest of the opposition leader, which would inevitably lead to Georgia’s alienation from the Western world,” Lomjaria posted on her Facebook page.