Interior Minister: The Sagarejo Killer Worked in the MoD from 2006 to 2021 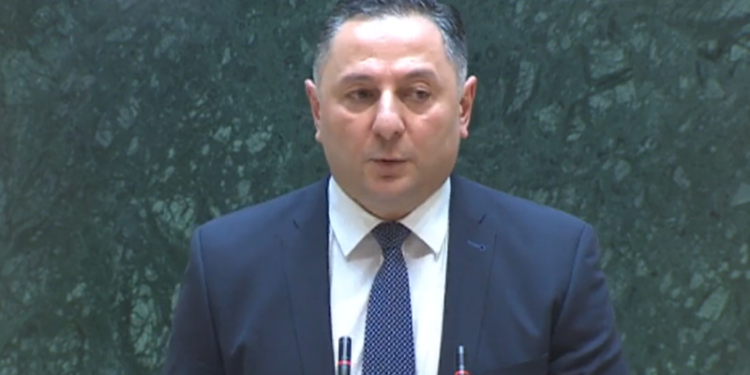 According to the Minister of Internal Affairs, Vakhtang Gomelauri, the person who killed several people and wounded several others in Sagarejo worked in the Ministry of Defense from 2006 to 2021.

“He had been working in the Ministry of Defense since 2006. He left the military service in 2021. He also participated in the mission in Afghanistan. No-one knows what happened,” Gomelauri, who arrived at the scene of the incident in Sagarejo, told reporters.

In addition, Gomelauri could not specify the reason why the person had left the military service.

As a result of the incident in Sagarejo, 5 people died and 5 people were injured in the yard of a residential building.

According to the investigation, N.A. (DoB 1974) fired several shots from the balcony of one of the apartments of the residential building.

“The accused person also opened fire in the directions of the employees of the Ministry of Internal Affairs up on arrival at the spot, one of whom was also killed.

“Additional police teams were mobilized at the scene of the incident, as well as a special unit of the Ministry of Internal Affairs. Upon their arrival, the accused person presumably committed suicide with a firearm.

The investigation is being conducted under Article 109, sub-paragraph “L”, Article 236 part III of the Criminal Code of Georgia, which refers to premeditated murder committed under aggravating circumstances and illegal purchase, storage and carrying of firearms and ammunition”, reads the information released by the Ministry.