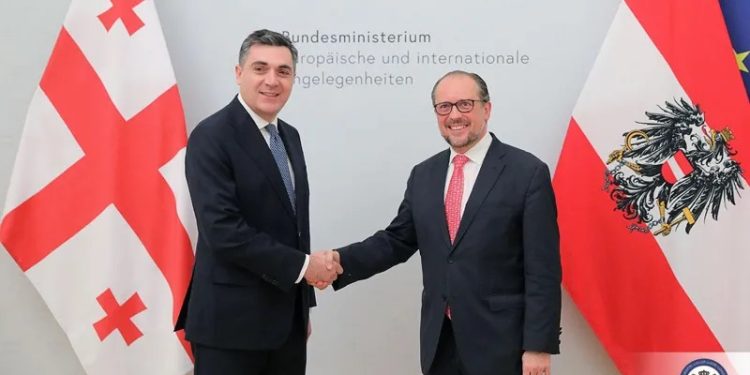 Within the framework of the visit of the Prime Minister of Georgia to the Republic of Austria, the Minister of Foreign Affairs of Georgia, Ilia Darchiashvili, met with the Federal Minister of European and International Affairs, Alexander Schallenberg.