Ian Kelly on Saakashvili: Just Take Him to a Damn Civilian Hospital 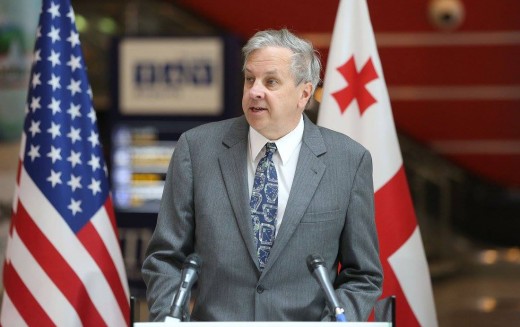 Former US Ambassador to Georgia Ian Kelly has responded to the developments around Mikheil Saakashvili on Twitter.

Ian Kelly calls on the authorities to transfer Mikheil Saakashvili to a civilian clinic.

“Just take him to a damn civilian hospital, at long last. Saakashvili has said he’ll end his hunger strike if he’s taken to a civilian hospital. Put a perimeter fence around it if you’re worried about unrest. Just do the responsible thing and do it”, he tweeted.

Third President of Georgia Mikheil Saakashvili is in critical condition in Gldani Prison Hospital due to a hunger strike he started almost 50 days ago. However, the authorities say they have no plans to transfer him to a multi-profile well-equipped clinic for treatment.