‘I am Glad that I am Free from all Corporate and Political Influences,’ Exclusive Interview with Giorgi Kalandarishvili

Giorgi Kalandarishvili was elected as the Chairman of the Central Election Commission of Georgia in 2021 for a term of 6 months. He has a multifaceted education, and is a lawyer, as well as a specialist in information technologies and the English language. As Giorgi notes, he has passed a number of advanced training courses, both in Georgia and abroad.

Aged 37, he has been married for 6 years, and has a wife and two sons. He spends his free time with his children and does so with great pleasure.

GEORGIA TODAY went to meet Giorgi Kalandarishvili to talk about his plans, profession, and activities.

“My professional experience is mostly related to public service. I often joke that I am a public servant by origin,” he tells us. “Public activities are very close to my heart. My first steps in election administration are related to press and public relations. I was head of the press service for one year in 2008, then, a year later, since I was a lawyer, I was offered work in the legal direction and moved to the legal department. For 10 years I held the position of Head of the Legal Support Structural Unit, and I am very proud of that.

“Over the past 10 years, I have created many interesting projects with the team, one of which was related to the development and improvement of election legislation. Subsequently, I held the position of Head of the Human Resources Management Department. Soon, structural changes were implemented, within which one of the important directions, labor safety, was added. Following that, the electoral reform ensured that participation in competition became available to the general public.

“I participated in the competition for the position of CEC Chairman with the main motivation that I wanted to bring back to the organization the diverse electoral experience accumulated during my years,” he notes. “Naturally, I think the assessments of the October 2 elections by the OSCE, the European Parliament, the US and British embassies that the elections were well- administered are due to the changes and innovations the new administration has made, especially in the context of the epidemiological situation. I have been the Secretary of the Gender Equality Council since 2011 and the Chairman of the Council for the last year, however, due to lack of time, I decided to assign this position to another member of the Commission.

“I was actively involved in all activities of the election administration. It’s a bit awkward to talk about myself, but I am a very dedicated person, consequently, I have always worked intensively on my professional development,” Kalandarishvili tells us. “I have big plans and goals, both within the CEC and in terms of the development of the election administration, as well as in life in general. At this stage, the most important thing for me is to hold the second round [of the elections] according to high standards, and there are all the prerequisites for that. We respond to all challenges with our actual work. A clear example of this is, in these two months, since my election to this position, the important measures that have been taken in the administration to increase transparency and promote an inclusive electoral environment. 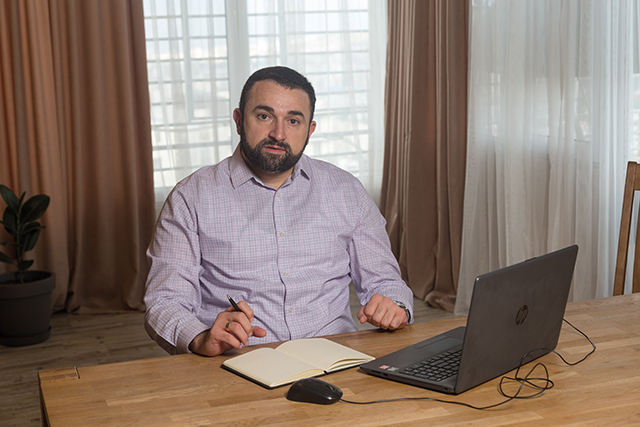 Tell us about your approval for the post of Chairman.
It was a very interesting process. I took it as a challenge to become the Chief Election Administrator, and I had all the qualifications for the post: the experience, knowledge, skills, and so on. The day the legal act of my election came into force, the elections were scheduled, the Central Election Commission switched to a 24-hour election regime, and imagine how hard it is to enter such a difficult and specific field when you don’t yet know all the nuances in the process, only good management and leadership. It’s not enough to run the election administration; it requires multifaceted and different directions and qualifications, knowledge of electoral law, activities of all structural units, knowledge of the specifics of the work of subordinate commissions, knowledge of these people with whom we have been doing this great work for 13-14 years, without whom the success of the project is not possible. I am glad that such responsible and dedicated people work in the election administration, with whom doing state affairs is possible. I made the decision to lead them at the last minute and I am glad I’m able to do so free from all corporate or political influences.

From 2008 to the present, I have worked under various government administrations, and, obviously, I have always been independent in my activities. My two-and-a-half months of working as a CEC chairperson have been really impartial. I always act within the legal framework, and to make decisions based on justice.

Why did you decide to live broadcast CEC sessions and provide such detailed information to voters?
From the day of my election, we have screened live coverage of CEC sessions through our social media page to ensure an increase in the transparency component. Any interested person can observe the activities of the CEC and what decisions we make. In this way, we have given the opportunity to the general public to be more informed. When you give people the opportunity to see what is happening behind the doors, obviously, the transparency, trust, reputation, and credibility increase. When a person doesn’t know what is going on behind the doors, naturally, this raises some questions. We ensure the protection of voters from incorrect and false information which may lead to misunderstandings; we protect the election environment from harm. We have established a contact hub where any interested person can contact us for any information and activities and receive information promptly.

How do you assess the 2021 municipal elections?
I share the assessments of the OSCE ODIHR European Parliament, the United States, Britain, and other international organizations that observed the elections, as well as the assessments of local NGOs, which emphasized that these elections were well administered. If we look at last year’s elections, we can say this was the first time our administration merited such a positive evaluation. It was also an unprecedented historical event after the election to see such a large number of results counted across the country, and it was my initiative, on October 9, when I went out and publicly addressed all the District Election Commissions, to calculate the results according to certain criteria, and this also served the purpose of introducing an even more transparent component to the process, as well as to secure our reputation. Of course, there were some concerns regarding this issue, I would say more subjective than not, but most importantly, under this administration, under the new management, we ensured transparency in the pre-election period, on polling day, and post-elections.

How is the administration preparing for the second round?
We have already started the preparation. We have identified the relevant needs; we offer voters remodeled booths in all districts; we have already started arranging cameras for installation in all polling stations so the counting process can be videotaped. In addition, at 31 polling stations in Krtsanisi, electronic voice counting devices will be piloted, also part of the novelty and preparation. We have already started to adjust the appropriate legal framework so that elections will be held on October 30 in accordance with high standards, and we are actively working with the media. Further, of course, we are carrying out all the sanitary and hygienic procedures that should be taken into account due to the epidemiologic situation. 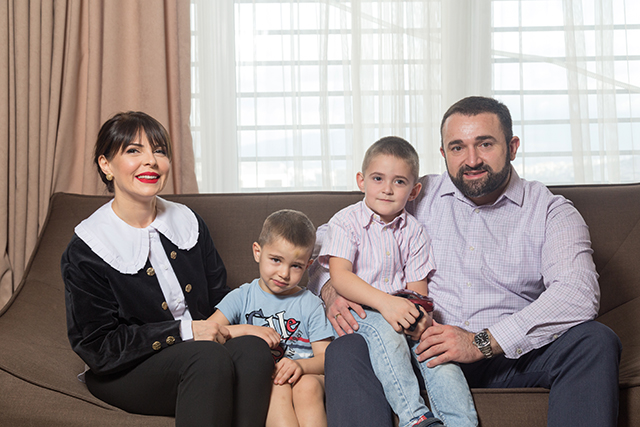 What are your plans as CEC Chairman?
I have a broad vision of general administration development. It doesn’t matter if I’m still there or not [in future]; these plans are shared by the administration and the team. I see development in transparency in both the election and non-election periods. It is necessary to train human resources in order to insure ourselves against certain human risks related to competence or technical issues. I also want to integrate technological innovations into the elections. For example, ID registrars. I have high hopes that in the next elections we will have the opportunity to pilot other such technologies. This will simplify the process and address the issues of manipulation.