How Can You Help People Who Refuse to Be Helped? 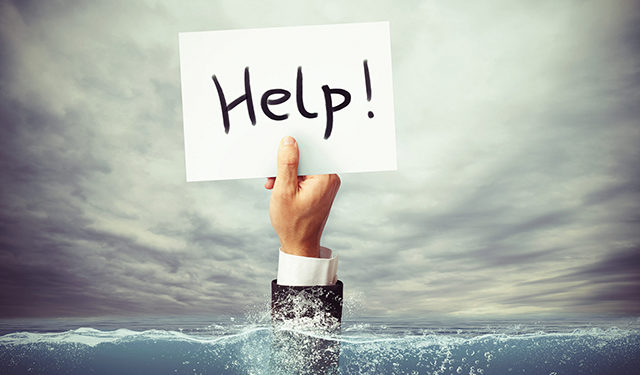 If I shuffle back to our recent history, I can very well figure out the political panic and bewilderment of the early 1990s. I would not fail to evaluate the sociopolitical muddle and stupefaction of those bizarre times in Georgia; I would even be able to go into a pertinent analysis of the dreadful wrongdoings and transgressions of our erstwhile communist leaders. But I will never comprehend the reasons for the current political debacle within Georgia’s now-functioning political spectrum.

In the 1990s, in the wake of the socialist economic breakdown and the ensuing social catastrophe, anything could have taken place: a misunderstanding of freedom, misapprehension of democracy, misinterpretation of capitalism or misconception of private ownership. The soviet Georgians had zero experience in handling the new way of life, drastically different from what they had experienced before, hence the confusion and disorientation. Now that our society has under its belt over thirty years’ experience of national independence and democracy; now that that we have already joined the receptive western realm; now that we definitely know the taste of free elections; now that we have finally acquired the image of a democratically developing nation and have an ambition to be part of a better cultivated world, why are we failing to inculcate all those cherished western values and ideals? Why can’t we talk to each other like civilized people, without desperate cries of ‘help, help’ every step of the way as if we are still wrapped in our ever-wet political swaddles?

Thank God the helpers of Euro-Atlantic origin have not yet desisted from believing in our civility and intelligence, readily and patiently rushing to our assistance as soon as they hear our desperate shouts. They sincerely want to help, but, again, how can you help people who utterly refuse to be helped?

On a less official level, we, the eternal watchers of this never-ending political clutter and mishmash, are getting seriously sick and tired of hearing the thousand-times reiterated words and phrases, emanating from the same unabashed faces of Georgia’s ever-present political gamblers, who have nothing new to say and are forever stuck in their obsessive desire to grab the wheel and steer the nation without even knowing the exact destination they want to reach. So, why are we in this odd political crisis, if it could be called a crisis at all?

Comprehension of the situation by regular folks like me has become practically impossible, because the two sides of the puzzle are talking about the same subject using totally different vocabulary, attitudes and interpretations. It is absolutely impossible to tell right from wrong. People hear two drastically varying judgments after every joint session of the ruling power and its opposition, in pursuit of truth and concord, sweated over by our European facilitators, with a negligible result so far.

The keystone of the entire hullabaloo is the issue of fairness of the outcome of the latest parliamentary elections in Georgia, which the West has unanimously qualified as competitive and efficiently administered. The resulting perplexity materialized after the conspiratorial decision of oppositional forces to reject the mandates granted them by vox populi. We, the outsiders, have little idea about the current goings-on within the walls where the negotiations are taking place. We only hear the absolutely contradictory evaluations of the process. There is a feeling that something is warped, distorted, misrepresented. How long will the squabble last, and how far into the debris will this interminable bicker take the country? There is no answer looming on the horizon, and there might be no answer for quite a while to come. The scrum made of those who have a finger in the pie is massive and multihued, the jostle is intensive and the shoves are sturdy. It is no longer a minor skirmish as it was a couple of months ago.

Meanwhile, our people need to be fed, clad, sheltered and protected, and our young need to be attended to. I just wonder now who will do the job.