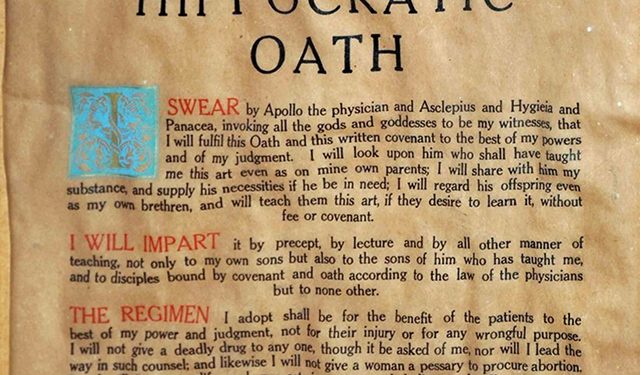 To write this extraordinary, although not terribly indispensable piece, I had to take deliberate pains to go through some copious readings into the readily available literature, both antiquated and modern, and I did this only because I wanted to have a fair and calculated insight into Georgia’s third president’s recent medical story. Yes, I mean the story, not the anamnesis, which would have taken me too far, likely straight into some ugly blunders.

Nothing is clear to us regular folks in the current Misha Saakashvili case: half of them say the guy is at the brink of inevitable demise, the other half is acting like a doubting Thomas. Take me for instance- I have no clue where the truth is, yet I am a journalist with more than half a century of experience under my belt, and a certain amount of affordable straightforwardness.

This situation is a blind alley, and in the stalemate, discomfort overwhelms us. Misha is surrounded by hundreds of medical personnel, who have produced thousands of pages of medical conclusions (“diagnoses”), and that only happening because the ex-chief executive is doing his time not in a penitentiary but within the comfy chambers of a state-of-the art Tbilisi clinic.

Before I started penning this piece, I had a look at the Hippocratic Oath, and here is what I got out of this universally known and used medical text on medicinal ethics, taken by physicians to uphold certain explicit standards, an antique text, still perfectly functional in significance even today, that emphasizes informational confidentiality and doctoral non-malfeasance as inevitable obligations to function as one: Jurisdictions all over the world provide for observing the Oath. Quote: “I swear I will abstain from all intentional wrong-doing and harm, especially from abusing the bodies of man or woman, bond or free. If it is what should not be published abroad, I will never divulge, holding such things to be holy secrets.”

This is paramount indeed, and I wonder if a slight has permeated some of the segments of our medical world in this particular regard. On the other hand, we cannot be sure that all doctors have taken the famous Hippocratic Oath, or that the Oath would prevent the concerns that physicians might be involved in certain political games. The impasse in Misha’s much-talked-about case, the solving of which has the serious potential to preempt the outcome of his just as sensational court case, sees the intermingling of medical and political processes and the likely drastic obstruction of the entire process.

In the modern world, the medical associations and colleges put into practice the wordy professional documents on ethics, some updated here and there, with the redacted texts preserving the spirit of the Hippocratic Oath. One update is that administering poisonous drugs to a patient is considered immoral by our modern-time doctors, especially if the outcome happens to be lethal. Here goes the further quote from the Oath: “Practice two things in your dealings with disease: either help or do not harm the patient, because good practice is defined as effective practice.” If our doctors know exactly what they are preaching and practicing, they should not be ashamed to say “I know not,” as the text of the oath suggests, nor should they fail to call in colleagues when the invitee’s skills are needed for a patient’s recovery, fully respecting the privacy of a patient so that their problems are not disclosed that the world may know; “most especially must the doctors tread with care in matters of life and death, preventing disease whenever he or she can, for prevention is preferable to cure.”

One may consider medical malpractice a heavy crime. On the other hand, there is no straight punishment for breaching the Oath, including legal action against a doctor. The labyrinth we are passing through in the ex-president’s medical case is indeed mind-boggling, and it leads us to wonder, is that once-taken Oath Hippocratic or hypocritical?