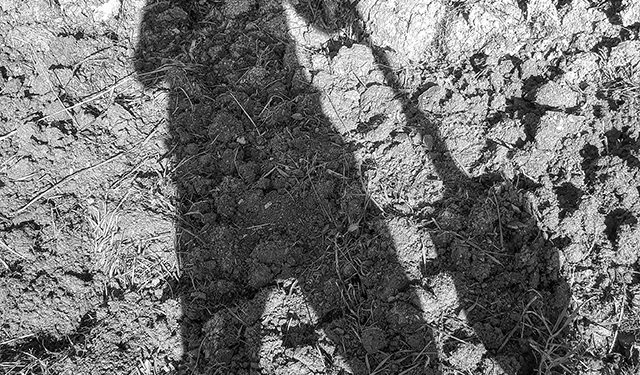 At last, with a few fits and starts, spring is here even in these highlands. The last bastions of snow, those piled up from rooftops in the most sunless corners of house and barn, are dwindling straight into the air even as I write this. The sun is getting higher every day in its arcs, and also there are no more nights left where the snow melt or sublimation is halted by below freezing temperatures. The “ice dragons,” whose entry into literature I performed not so long ago, have all fled into the clouds, rivers and Black Sea to await their next winter’s manifestation.

The mountain wall the other side of the Enguri River from us has had a new covering of Sahara dust, turning its snows light orange. The color contrast became visible to my wife yesterday on her morning run (a new thing): she saw and heard an avalanche there, the fall exposing the still pure white snow next to the North African desert sandfall which is known to reach this far and further yet.

A neighbor and I have done some fence repair, crucially timed. You wait until the snow is gone, the ground no longer frozen but still soft from all that moisture running over and through it. If you try digging in too early or late, the soil will be too hard from either frozenness or baking by the sun. You use a straight crowbar to make the post holes, then pound the necessary sharpened-ended oak posts in with either a sledgehammer or a heavy enough ax. (Our sledgehammer’s wooden handle burned away in the garage fire, and is now being replaced with the right hard wood by a friend of mine here who will share its use. But we do have a solid enough ax for the pounding.)

A extra step which I then do is to pound the earth all around the post as hard as I can, to give it some extra solidity. Then you re-wire the fence section to it; in our case, as is common here, a whole meters-long section of fence had been knocked over and flattened by “snow dragons”. If you leave fences unattended, you are asking for cows to wander in and munch on your fruit tree seedlings, flowers, vegetables or whatever they fancy.

You also check all the intact fence posts, slats and wires for weaknesses. Pound in the former if they have been forced out of the ground a bit by winter. Tighten everything up, for cattle will seek any weakness to exploit, break, enter, and wreak havoc!

My wife also puts me to work turning over soil with a spade where she intends to plant a few things. Potatoes, onions, greens, flowers, pumpkins. Again, while the soil is still between frozen hard and baked hard! This is best done outside the heat of midday, especially mornings before the cool of the night has bled away. I replace the outdoor black plastic water runoff hose which we keep trickling all winter to stave off pipe freezing as best we can. In its place goes a longer rubber hose for watering the garden with.

This year we have no livestock at all, the chickens having quietly moved on last summer, without much mourning to be honest. Some were killed by predators: dogs, foxes, stoats, raptor birds; others simply migrated to other barns. We didn’t bother to seek them. The barn is now full of things from the burnt-out garage anyway, especially salvageable firewood from the roof, metal sheeting also, and the scrap metal (“jarti” in Georgian) about which I wrote last week. The jarti guys will be back soon to cut up the burnt-out car and we’ll get at least some cash for that.

Photographically, the monotones of winter have given way to a rush of colors: the greens which the eye thirsted for half a year, dusty browns of roads. Flowers will blossom soon, and add their own hues. So it’s a season where color is much more dominant, and I must think harder how best to capture the moods in black and white, which is now likely to remain my nearly-exclusive palette. Whether the subject be landscapes, nature, journalism, culture, portraits, I intend to try to portray it in monotones as much as possible.

Welcome back, spring. Winter dazzled me in new ways, but your arrival is entirely delightful too. We’ll make the most of you.